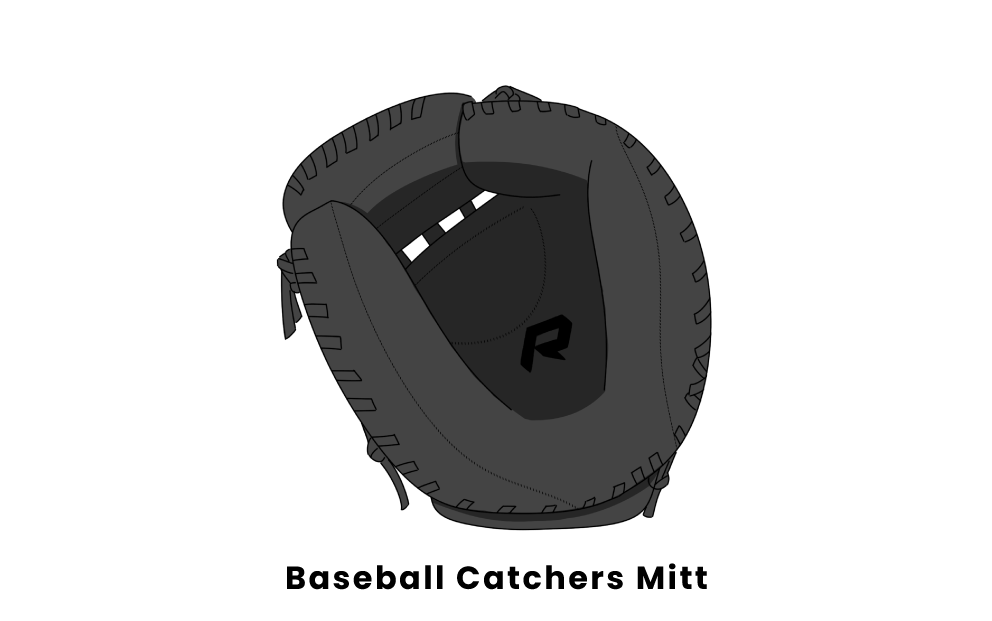 Being the catcher on the baseball team is arguably the most physically demanding position. The catcher's mitt in baseball is designed differently than gloves for other positions on the field. They are thicker and larger in most cases, making them able to catch a baseball at its highest speeds.

A catcher's mitt is similar to a baseball glove in the sense that they are both used for the same purpose. Mitts are mainly used to catch pitches, the occasional pop-up, and tag out runners attempting to cross home plate. They are extremely important to have as a catcher because catching a baseball with bare hands can cause serious injury, especially when that baseball is a 95 mph fastball delivered from a pitcher.

Early catcher’s mitts were similar to a flat pillow. Modern versions still have some similar characteristics as this original model, such as the extra padding. Besides catching the ball from the pitcher, a catcher’s mitt is good for saving the ball from bouncing out of control after hitting the dirt. Catcher’s are also known for using their mitts to frame the baseball. Framing is a relatively new skill amongst catchers that involves them moving their mitts into the strike zone after catching the ball. They do this to try and trick the umpire into calling a bad pitch a strike.

When looking for a catcher's mitt, you'll want to consider the following:

What are you looking for in a catcher’s mitt?

There are two main types of catcher’s mitts, the half-moon web and the one-piece web.

The half-moon web style catcher’s mitt features a web that contains two pieces of leather stitched together. The shape it creates when stitched looks like a half-moon, hence the name. This style creates a tight pocket for catchers to secure the ball, but it also has added flexibility due to its two different pieces of leather.

Contrary to the half-moon, the one-piece web is constructed with one solid piece of leather. This is a popular choice among catchers because it creates a durable pocket, not letting the force of the ball weaken the leather. Since it has one piece, it is easier to make and creates a deeper pocket due to them requiring stitching.

The three most reliable catcher’s mitt brands are Rawlings, Mizuno, and Wilson.

Rawlings produces their catcher’s mitts with various pro-grade materials. These include sheep’s skin, kip leather, and wool. They also allow players to customize their mitts by engraving their names when ordering. Rawlings currently offers six styles of mitts on their website, ranging in price from $60 to $280.

Mizuno boasts that they scan the gloves and mitts of hundreds of professional baseball players to perfect their production process. Their catcher’s mitts feature both kip and shell leather. Mizuno’s smallest mitt is 31.5 inches, while the biggest one they offer comes in at 34 inches.

Wilson’s first catcher’s mitt was released in 1922. They are also known for creating the A2000 glove, which is credited with drastically improving outfielder play. The quality of Wilson mitts comes with a hefty price tag, with their most expensive glove priced at almost $400.

Are catcher’s mitts more difficult to break in?

Catcher mitts are often difficult to break in because they use the best leather quality, and have more leather than regular gloves. It can take a couple of months to break in a fresh catcher’s mitt, but some methods can help expedite this process. One such method involves using a mallet and repeatedly hitting the mitt and loosening the leather. Other less effective ways include steaming and using shaving cream to loosen up the leather.

What type of mitts do MLB catcher's use?

MLB catchers favor Rawlings when it comes to choosing a mitt. As of 2018, about 57% of catchers in the MLB rely on Rawlings to provide them with quality catching mitts. The rest of the league used brands like All-Star (20%), Wilson (10%), and Mizuno (10%). Catchers have also been modifying their mitts in various ways, such as adding mesh to the back to lower the weight of the mitt. Sew-on wrist straps are also growing in popularity to keep the mitt secured onto the hand.

How much do catcher’s mitts cost?

Catcher’s mitts are often more expensive than regular baseball gloves due to the amount of leather used to make them. The top brands like Rawlings, Wilson, Mizuno, and All--Star all have similar price ranges since there are only two main styles of mitts. The lowest retail price for a new catcher’s mitt is around $150. The most expensive mitt on the market is around $400. Most brands do have sales on catcher’s mitts at the end of every season, where some gloves can be as low as $50.