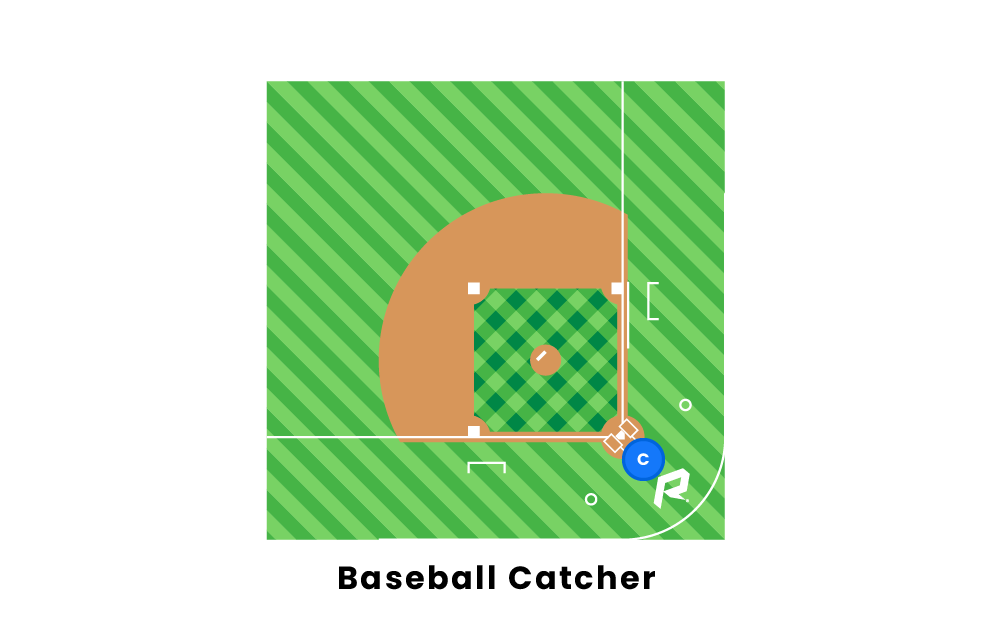 Catchers need strong legs and strong arms. While playing defense, they are almost constantly in a squatting position. Because of this, catchers must have a high tolerance for pain. After receiving a pitch, they can throw out runners who try to steal bases, and need a strong arm in order to out-throw speedy runners. Catchers should also have good timing and quick release on their throwing arm. 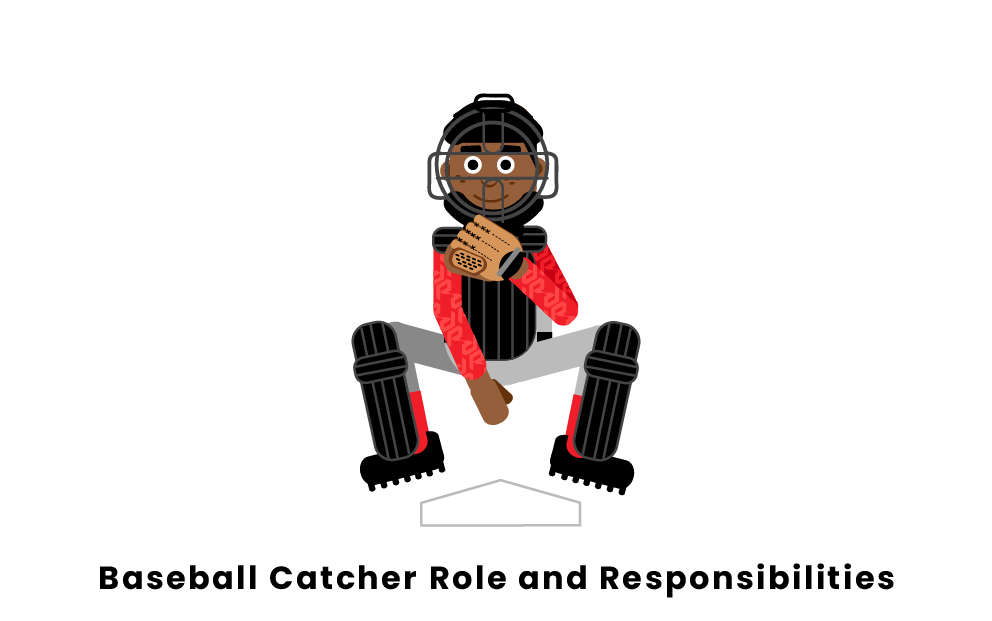 The catcher has a few responsibilities on the field:

The catcher and pitcher duo is referred to as the battery. Not only is the catcher responsible for catching each pitch the batter does not make contact with, but he also signals to the pitcher what pitch should be thrown. If you watch the catcher carefully before a pitch, you will notice the catcher's non-glove hand in between his legs, making signs with his fingers. Each finger sign corresponds to a specific pitch that the pitcher can either nod at (giving his approval and throwing the appropriate pitch) or shake his head (disagreeing with the catcher's suggestion). This strategic communication makes pitcher-catcher chemistry especially crucial for the team's success. 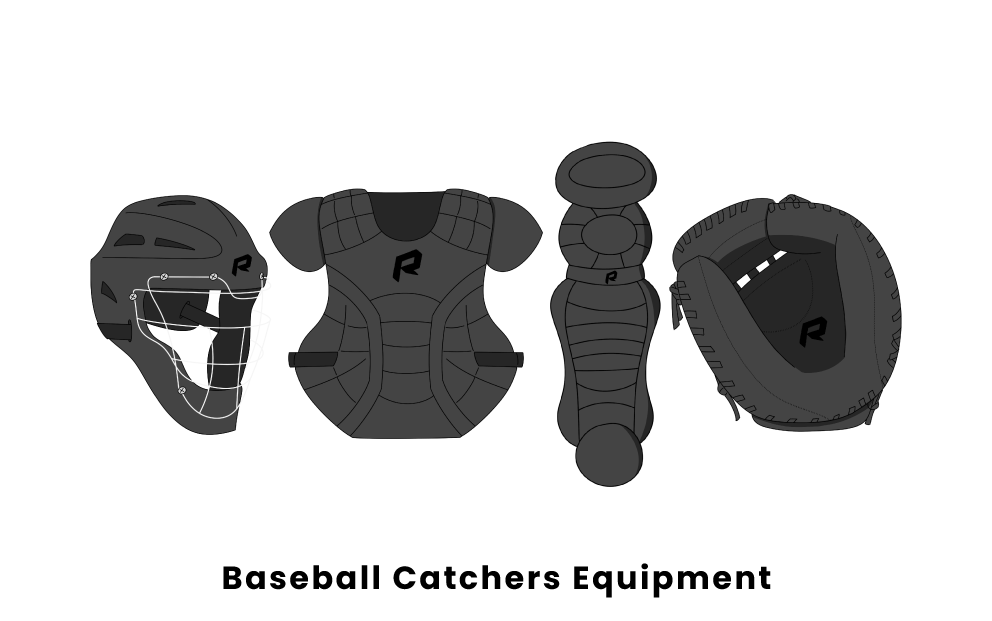 A catcher has a lot of equipment to protect them from getting injured while playing. A catcher used leg guards, chest protectors, masks, and a mitt along with some optional accessories. A catcher's mitt is different from other baseball mitts because it is thicker and allows for added support for the catcher's hand when having to receive high speed pitches.

Professional catchers have an option of two types of masks to wear during games. The first type is a hockey-style mask which is similar to a hockey goalie mask which is becoming more popular due to the increased protection that it gives. The other type of mask is the traditional two-piece mask which only covers the face and is placed on top of a batting helmet. This type of mask makes it easier for catcher's to remove it when tracking down fly balls and wild pitches.

Chest protectors help to protect everything from the shoulders down to stomach from foul balls and wild pitches. The durable foam-like material helps to absorb the force of the ball to protect the body. Leg guards are the metal protection of the ankles, shins, knees, and legs in order to protect the player from foul balls or even other players. The optional equipment include knee savers, which help to take some weight off of the knees when crouching for long periods of time, and a throat guard, which can be placed on the helmet that will go over the throat to protect it from any balls. The last piece of equipment that all catchers should use is a protective cup to cover their groin area. 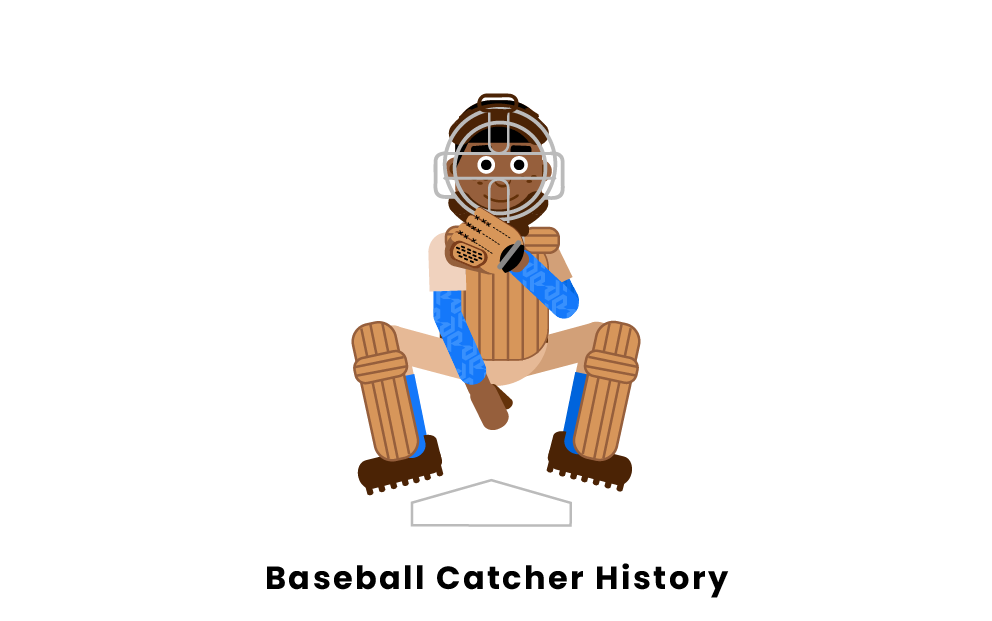 The position of catcher has been virtually the same since the beginning of the sport of baseball. The position has not evolved much other than the protective equipment that they use. As the safety of the player came into question, the equipment began to evolve as well. However, the position itself has not changed much. The catcher has always been the one to relay what pitch should be thrown and they have always been the ones to receive the pitches from the pitcher. 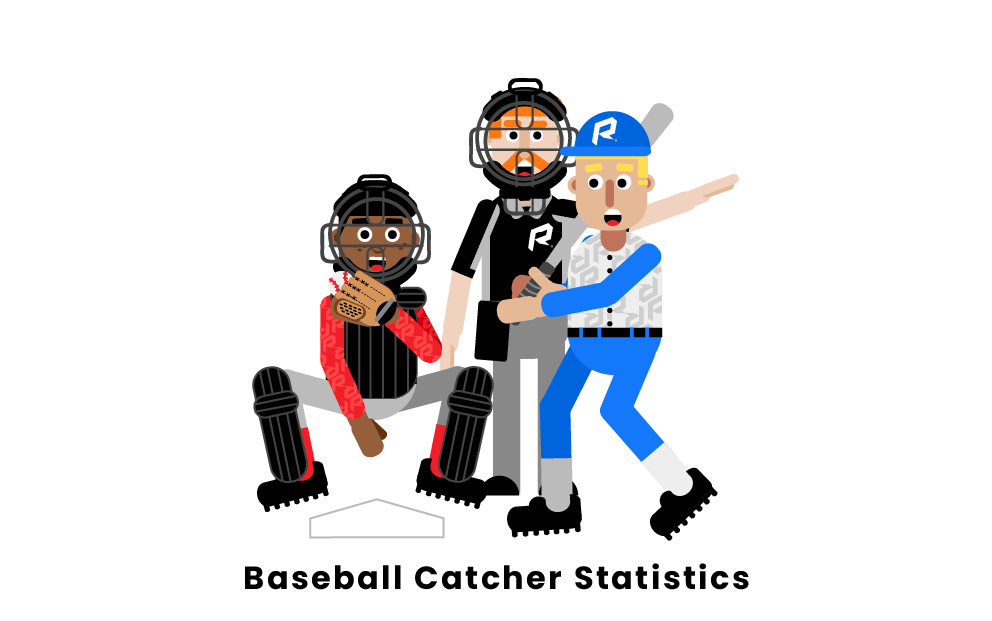 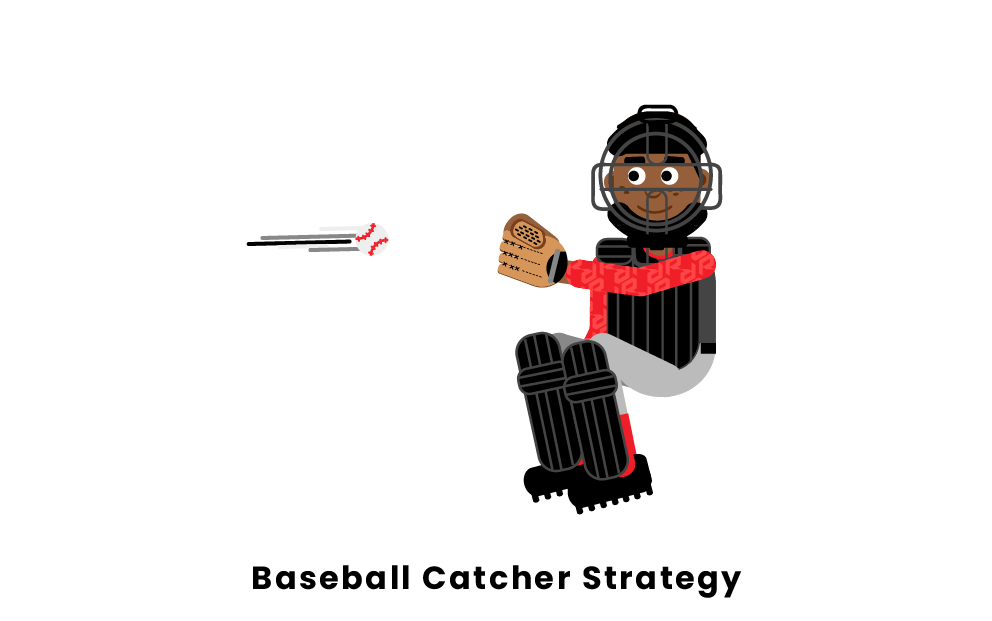 One main catcher strategy is called "framing the pitch." Framing the pitch is the act of making pitches that are at the edge of the strike zone look more like definite strikes. This can be done with many methods; some examples are catching the ball closer to home plate rather than closer to your body, and not visibly reaching or stabbing at the ball. The best catchers in the game have the ability to frame the pitch well. 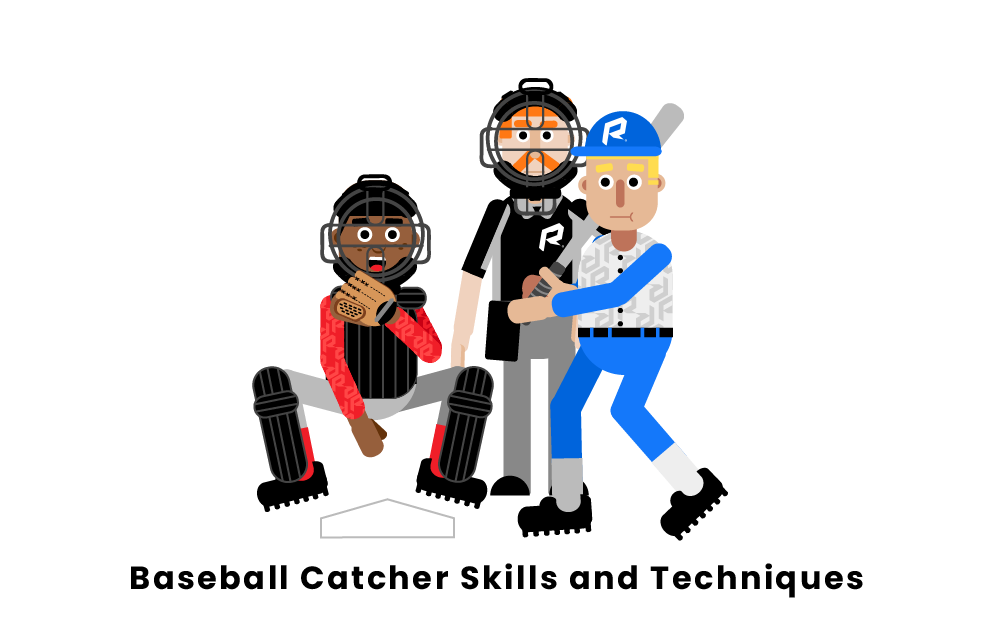 The catcher is known as the leader of the defense as they are the ones that are in charge of calling the pitches for the pitcher and they also have to relay signs to the rest of the fielders throughout games. Catchers are also responsible for blocking poor pitches that are thrown so that runners can not advance while they are on the basepaths. Catchers must be quick on their feet in order to drop down to their knees to stop pitches from getting by them.

Catchers must also be quick to their feet when having to stand up to throw runners out who are trying to steal bases. Catchers also have to have strong throwing arms so that the ball will get to the bases quickly to throw runners out. Another important skill for a catcher to have is receiving pitches. Catchers have to make sure that the pitches are presentable for the umpire and make sure that pitches that may have actually been balls, appear to be strikes.

The following lists some of the most famous catchers of all time in baseball that have been inducted into the Hall of Fame.

The following lists some of the top catchers in Major League Baseball by team:

Catchers can get injured fairly easily. They can be hit by a pitch, sometimes even in the head or face. If the catcher has the ball and a runner is advancing from third base to home plate, the catcher blocks home plate by placing himself on the runner's base path right in front of home plate. In these cases, the runner could collide into the catcher, causing injury.

What is a catcher in baseball?

A catcher is a position in baseball that is usually denoted as the number 2 in scoring books. He is the one that plays behind the plate and in front of the umpire. He is one of the most important positions on the field and is also one of the hardest to play in baseball.

What does a catcher do in baseball?

The catcher is sometimes known as the leader of the defense while on the field. He is responsible for calling plays with runners on base and also responsible for calling pitches for the pitcher to throw. He must block poor pitches in order to prevent runners from advancing on the basepaths. He also must keep his eyes open for runners on base. He has to be quick with his feet and have a strong arm in order to throw runners out that are attempting to steal bases.