Can Catchers Talk To Batters In Baseball? 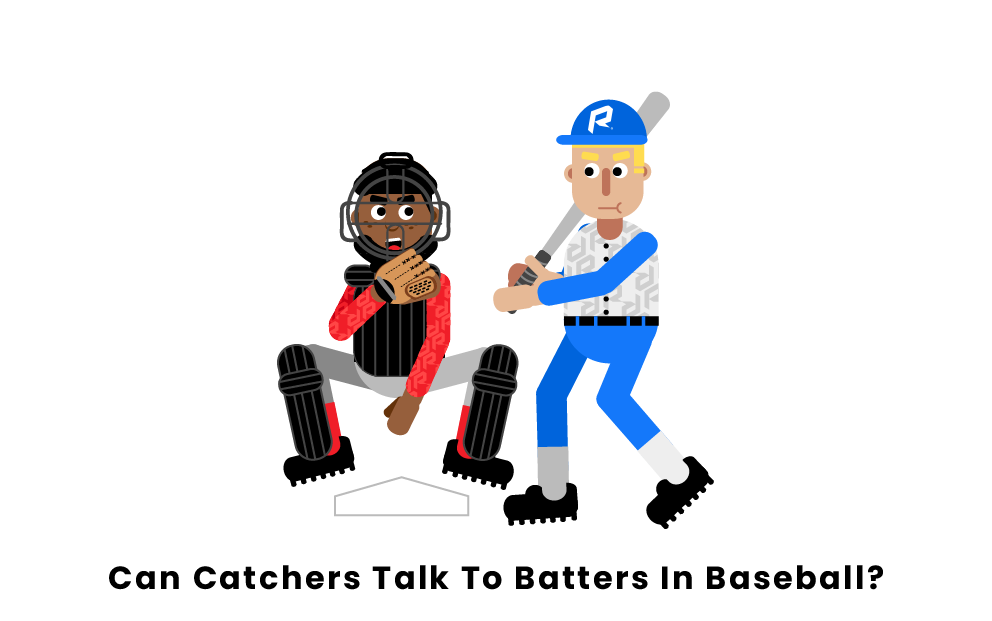 Batters in baseball exercise extreme concentration, the best of them using their experience, focus, and training to predict where and when the ball will cross the plate. However, between pitches, the best sluggers seem relaxed, and you have likely seen them smiling and occasionally talking with the catcher and home plate umpire.

But what about the catcher? They are trying to get an out against the batter and are uniquely positioned by their proximity to potentially affect a slugger’s concentration and performance with a few distracting words. Can catchers talk to batters in baseball? If so, how and when? Keep reading to find out the answers to these questions and develop a greater perspective on how baseball players engage verbally during a game.

Most amateur and professional athletes maintain a friendly and congenial relationship with their opponents, especially former teammates and coaching staff they have worked with before. In today’s world of constant trades and social media, most athletes find it beneficial to their careers to stay positive and respectful when engaging with their opponents. Baseball players are no exception. When a batter approaches the batter’s box for their first at-bat of the game, they customarily greet the catcher and home plate umpire with a few words of small talk. The conversation may continue during successive at-bats or drop off if the game becomes especially close or intense. Likewise, when a runner reaches a particular base for the first time in a game, they will typically share a few words of greeting with the baseman and sometimes even the base coach. Thus, catchers can talk to batters in baseball, as long as they do it during an at-bat and within the context of the friendly conversation that typically happens among batters, catchers, and umpires. Most of the conversations among baseball players are cordial and respectful. Those times when an aggressive comment incites a bench-clearing brawl are very much the exception to this unwritten rule. 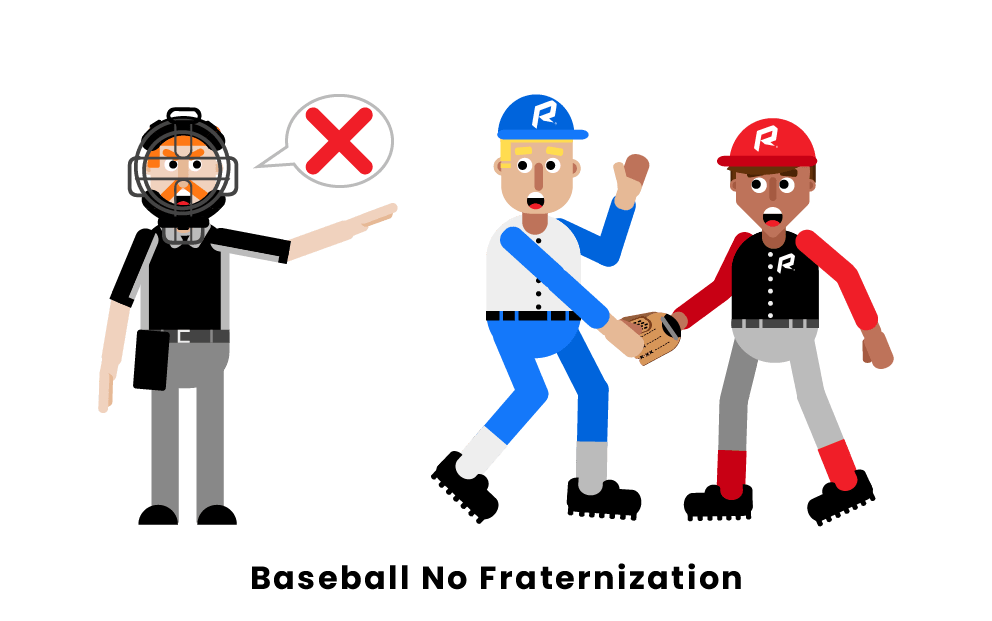 Friendly in-game conversations should not be confused with fraternization, which is strictly forbidden and punishable by fine or ejection. Fraternization consists of associating with an opponent outside of the sporting event in which you are competing. This includes standing on the field and talking before or after a game. Particularly egregious examples of fraternization include golf outings and going out for dinner or drinks after a game. Baseball’s unsportsmanlike conduct rule explicitly forbids fraternization, granted more often than not it isn’t strictly enforced. If a player is caught fraternizing, they run the risk of being fined by their team, disparaged by their teammates, and possibly ejected for unsportsmanlike conduct.

Pages Related to Can Catchers Talk To Batters In Baseball?