What is bunt in baseball?

A bunt in baseball is a ball that is gently tapped in an attempt to make it difficult to field. As opposed to swinging the bat, a bunt is when a player faces the pitcher and holds the bat horizontally in front of home plate. The objective of a bunt is to tap the ball into fair territory just in front of home plate. If a bunt ends up in foul territory it's a strike for the batter. If the batter has two strikes and decides to bunt, he can strikeout if the bunt goes into foul territory.

As opposed to swinging the bat, a bunt is when a player faces the pitcher and holds the bat horizontally in front of home plate. The objective of a bunt is to tap the ball into fair territory in the infield just in front of home plate. Since bunts require fielders to run a long distance in order to field the ball, this allows more time for runners on base to advance, and for the batter-runner to reach base himself. Bunts are typically used by pitchers, who tend to be weaker hitters. 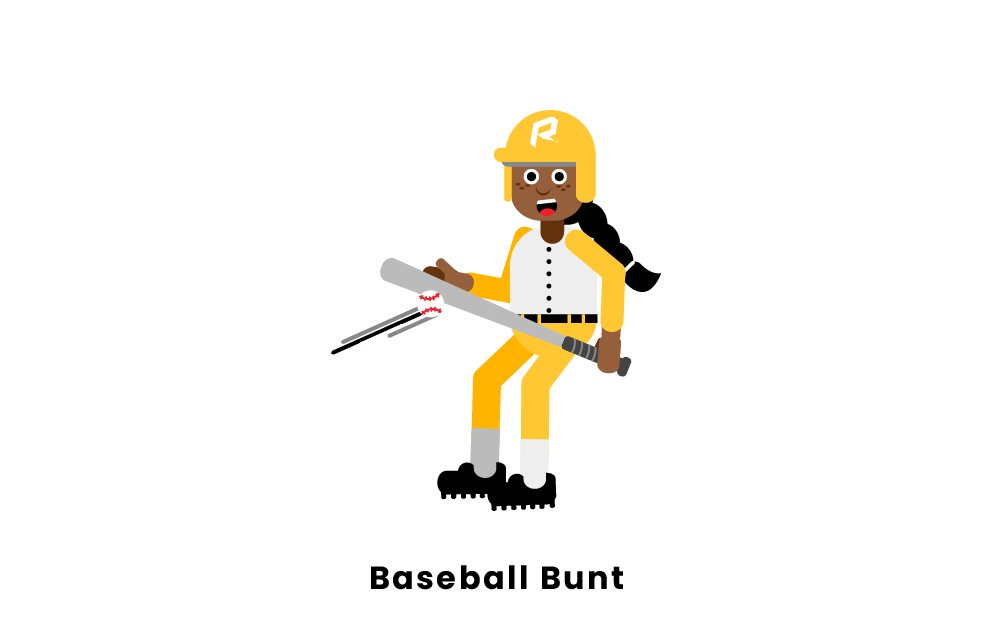 Bunting usually does not allow the batter himself to reach second base or third base, but it is very useful in advancing a runner who is already on base. Usually, a batter will execute a bunt toward the end of the game, when it is a close game and it is crucial to advance runners for a greater chance that they will score. Bunting is usually executed by hitters who are average or below average, or who specialize in bunting. Players usually only bunt when there are less than two outs, and less than two strikes. This is because bunting is a relatively risky maneuver, and because if the batter has two strikes and bunts the baseball foul, he is out.

There are lots of bunting strategies that baseball teams can use to score runs in difficult situations. There are two main strategies we will cover called sacrifice plays and squeeze plays.

Batters most commonly use bunts for the purpose of advancing runners on base, at the expense at getting out themselves. This is called a sacrifice bunt: a batter will bunt the baseball, the fielders will field the bunt and throw it to first base to put the batter-runner out, thus giving time for the runners already on base to advance.

A squeeze play is a special type of sacrifice bunt. It occurs when a batter bunts when there is a runner on third base, in an attempt to drive him home. There are two types of squeeze plays: 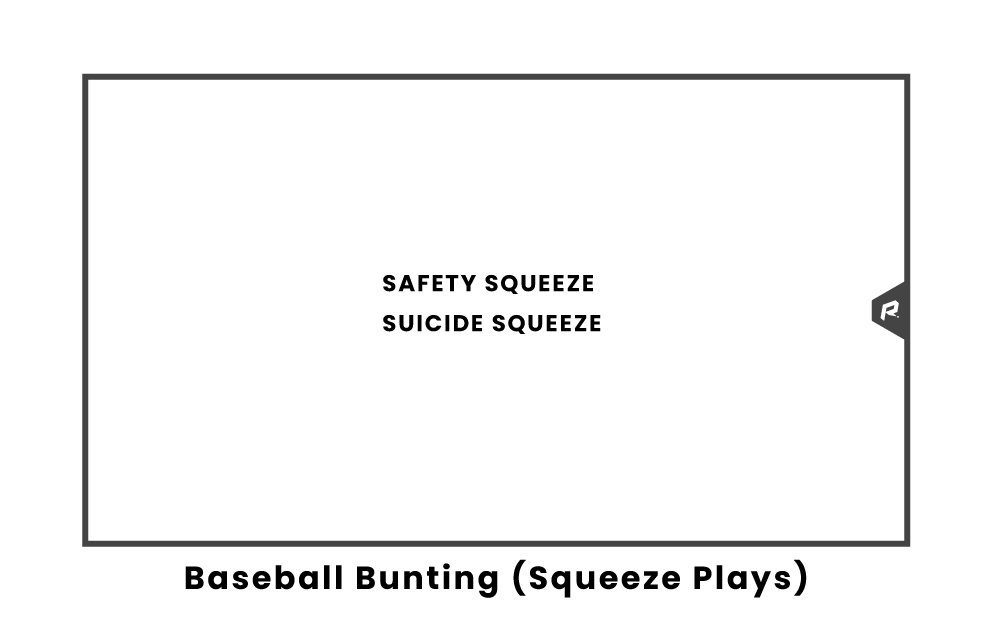 In a safety squeeze, the runner on third base waits to see if the bunted ball lands in fair territory, then he begins running to home plate.

In a suicide squeeze, the runner takes off for home plate as soon as the pitcher delivers the pitch. Since he won't know the outcome of the bunt until it is too late and he has already left the base, this is a very risky and rare play. Squeeze plays are usually only used late in the game when the score is very close, and it is crucial to drive in a runner in any way possible.