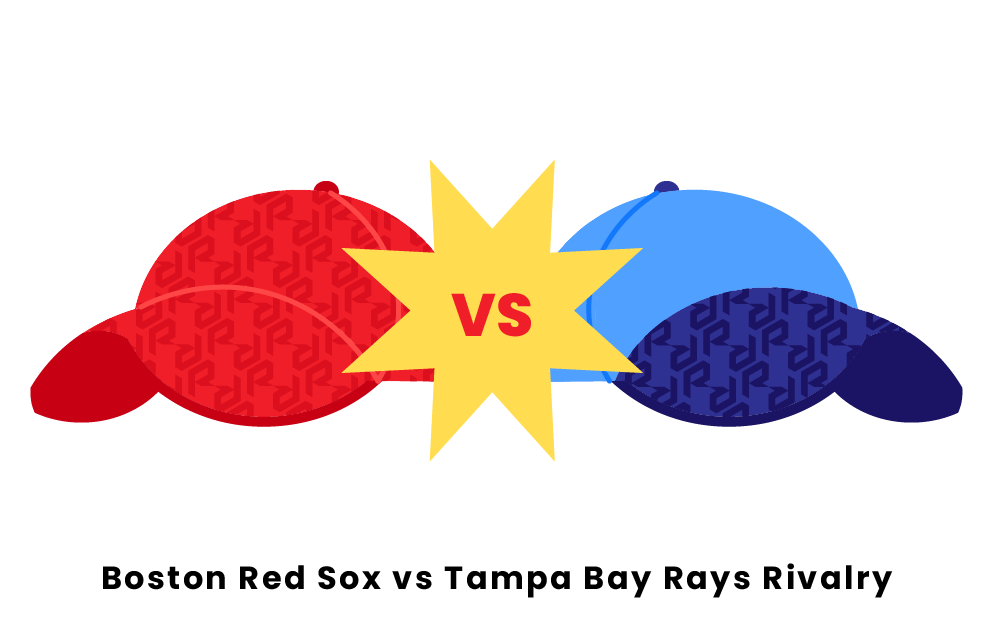 Baseball is a sport filled with historic rivalries, some of which have been growing for over a century. However, not every great rivalry in Major League Baseball has an extensive history. The Tampa Bay Rays and Boston Red Sox have been division rivals since just 1998, but there have been many key moments in the rivalry since then.

In Major League Baseball, most rivalries start for one of two reasons: inter-division competition or geography. Seeing another team so often and competing for the same division championship makes each game much more intense. Over the years, that intensity and familiarity form most rivalries organically. In this case, the Tampa Bay Rays entered the league in 1998, joining the American League East Division in which the Red Sox had been playing for years. For the first ten years in the league, the Rays, known as the Devil Rays until 2007, were consistently one of the worst teams in all of baseball. However, in that time, tempers flared and benches cleared multiple times, adding fuel to the rivalry. For Tampa Bay, being the laughing stock of the division for nearly a decade gave them a chip on their shoulder that could be seen on the field. They took on the tough guy, scrappy player role to try and compensate for their lack of talent; that rubbed some teams the wrong way. In large part, this mentality started the rivalry with the Red Sox because it fueled some of the bench-clearing brawls in the early 2000s. These dramatic events built tension between these teams and from 2008 on, when the Rays started to compete, the rivalry grew to new heights.

Red Sox at Rays on August 29th, 2000: Pedro Martinez, a star pitcher for Boston, hit Gerald Williams with a pitch on the hand early in the game. Williams charged the mound in anger, starting a full-team brawl, but Martinez got the last laugh as he pitched a great game, and Boston won.

Red Sox at Rays on May 5th, 2002: In an early-season matchup, Trot Nixon, an outfielder for the Red Sox, pretended to lose his grip on the bat during a swing and nearly hit pitcher Ryan Rupe with it. This was in response to being thrown at by Tampa pitchers.

Red Sox at Rays on April 24th, 2005: An 11-3 Boston victory saw six people get ejected after two bench-clearing brawls stemming from pitchers intentionally throwing at hitters such as David Ortiz, who called the play dangerous.

Rays at Red Sox on June 5th, 2008: The history of throwing at opposing players continued as James Shields hit Coco Crisp with a pitch. Crisp then charged the mound, and the two exchanged punches as the benches cleared.

Red Sox at Rays on October 19th, 2008: The Rays finally put their losing ways behind them and turned this rivalry into a contest of great teams rather than just a series of brawls. The Rays made their first World Series appearance after a hard-fought ALCS with the Red Sox.

Rays at Red Sox on May 25th, 2012: Luke Scott was thrown at multiple times during a close win against the Red Sox. Afterward, he was quoted saying, “we know where it came from,” implying the Boston management was telling pitchers to throw at the Rays.

James Shields, Rays pitcher from 2006-2012: Shields was a dominant ace for the team and part of some dramatic moments in this rivalry.

Pedro Martinez, Red Sox pitcher from 1998-2004: The Hall of Famer played a big role in this rivalry from the beginning with the Gerald Williams bench-clearing brawl.

Gerald Williams, Rays outfielder from 2000-2001: Gerald Williams is most famous for charging the mound after being hit by Red Sox’s pitcher Pedro Martinez.

Coco Crisp, Red Sox outfielder from 2006-2008: Crisp was known for his speed and defense as a player, and for his brawl with James Shields in this rivalry.

Luke Scott, Rays outfielder from 2012-2013: Scott was infamously thrown at three times during a game against the Red Sox in 2012.

Why are the Red Sox and the Rays rivals?

This rivalry started because both teams play in the American League East Division. Many rivalries start for this reason because of how many times division opponents play each other. For the Rays and Red Sox, their rivalry has grown over the years because of dramatic feuds in the early years and intense high stakes matchups more recently. Meeting the same opponent year after year with playoff implications on the line helps build a rivalry quickly.

When did the rivalry between the Red Sox and the Rays start?

The rivalry was officially born when the Rays, then the Devil Rays, joined Major League Baseball as an expansion team in 1998. They were placed in the American League East Division, where the Red Sox have played since 1969 and headlined as a founding member. The Red Sox are traditionally one of the better teams in baseball, and the Rays were one of the worst for the first ten years of their existence. During that time, key moments in the early 2000’s started the rivalry.

Have the Red Sox and Rays always been in the same division?

Yes, the Red Sox and Rays have been in the same division since the founding of the Rays. The American League East Division has been home to the Red Sox since 1969. The Rays joined in 1998 as an expansion team and have played in the AL East ever since. During the first ten years of existence in the AL East, the Rays finished last or second to last every year, but since 2008 the Rays have been a yearly threat to the traditional powers in the division, namely the New York Yankees and Boston Red Sox.