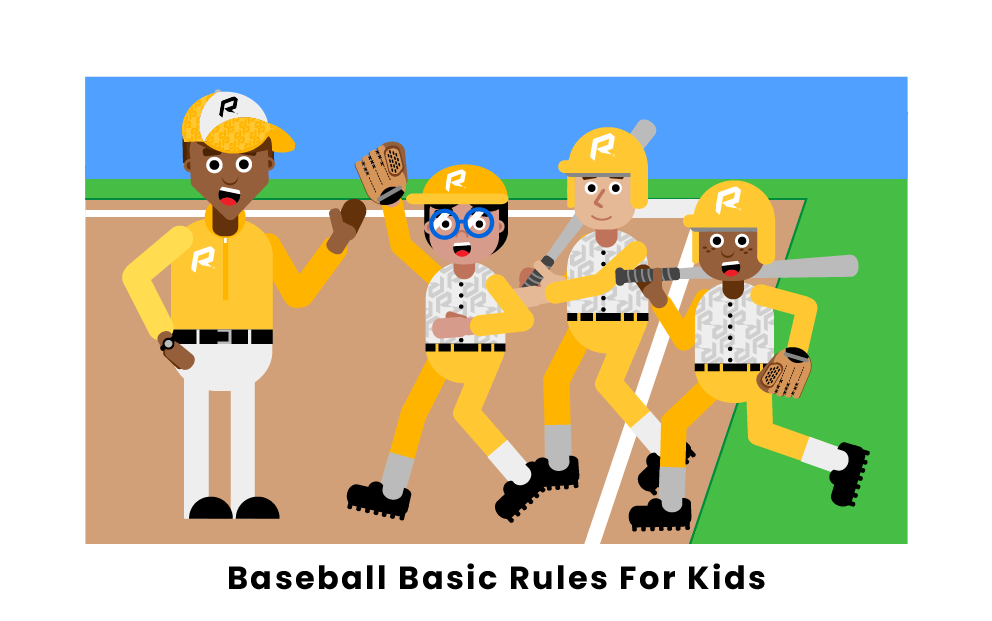 In baseball, two teams are competing. There are nine players allowed on the field for the team playing defense. The team batting will take turns one at a time when going up to bat.

Each play starts with a pitcher throwing the ball toward a batter, who attempts to hit the ball with the bat.

The ball is a small round object that players attempt to throw, hit, and catch on every play.

The bat is a stick used to hit the ball. It is usually made of wood or metal.

A strike is a pitch that the batter swings at and misses, a hit that goes out of play, or is in the strike zone.

The strike zone is above home plate, above the batter’s knees and below their chest. Any pitch thrown in this area will be a strike if not hit.

A ball is any pitch thrown outside of the strike zone that the batter doesn’t swing at.

A strikeout happens when a batter has three strikes called on them. The batter will be called out for getting three strikes.

A walk is when a batter has four balls called during their time at bat. A walk results in the batter going to first base.

There are four bases on a baseball field. If a player touches all of them and gets back to home plate, they score a run for their team.

To score a run, a player must make it back to home plate on the diamond without being called out by the umpire.

Baseball games last up to 9 innings.

Both teams will have a chance to bat and a chance to field (play defense) in every inning.

Each half-inning consists of one team batting and the other team fielding. They will switch every half-inning.

Once the defense records three outs, the teams switch roles, and the half-inning is over. This means the fielding team switches to take their turn batting.

At the end of 9 innings, the team with the most runs wins.

If the game is tied, the teams play extra innings until a winner is decided.