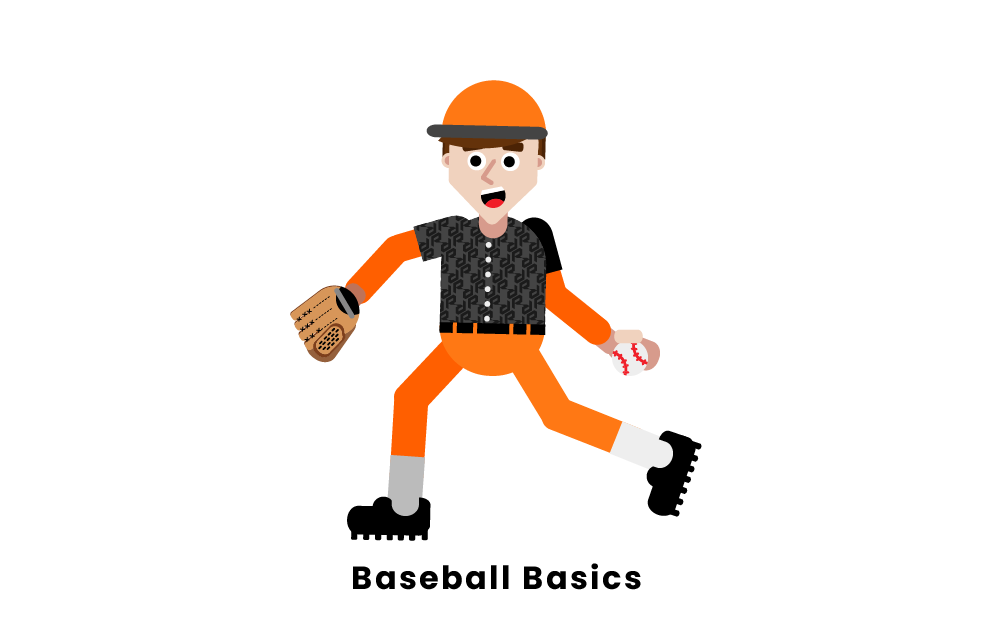 Baseball is a sport that is played between two teams, each with nine (9) players actively participating at any given time. A standard baseball game lasts nine full innings (six or seven at the younger levels). Each half inning, one team bats while the other defends the field. The hitting team tries to score runs by putting the ball into play until the runners are able to make their way around the bases and cross home plate. Meanwhile, the defending team seeks to obtain three outs by striking out batters, catching balls that are hit into the air and throwing out runners before they safely reach a base.

The teams switch roles once three outs have been recorded, and the process repeats itself until the nine inning requirement is fulfilled and the game ends with one team having outscored the other.

The Most Important Things To Know About Baseball

The most important concepts in baseball are outlined below...

While there are many different rules and regulations that govern the game of baseball, many of which vary slightly depending on the level of play (i.e. high school, collegiate professional), here you will find the most notable rules that hold true across virtually all facets of the game

You just learned the very basics of baseball, including game duration, hitting versus fielding, running the bases and recording outs/hits. Now that you know how the game is supposed to be played, try applying this information first-hand by participating in a game of baseball or watching a game on TV or at the stadium. Pay careful attention to the events that unfold over the course of the game, applying what you learned while also making note of any new rules and behaviors that you observe to further enhance your knowledge. Follow these steps and you'll be a baseball expert in no time!