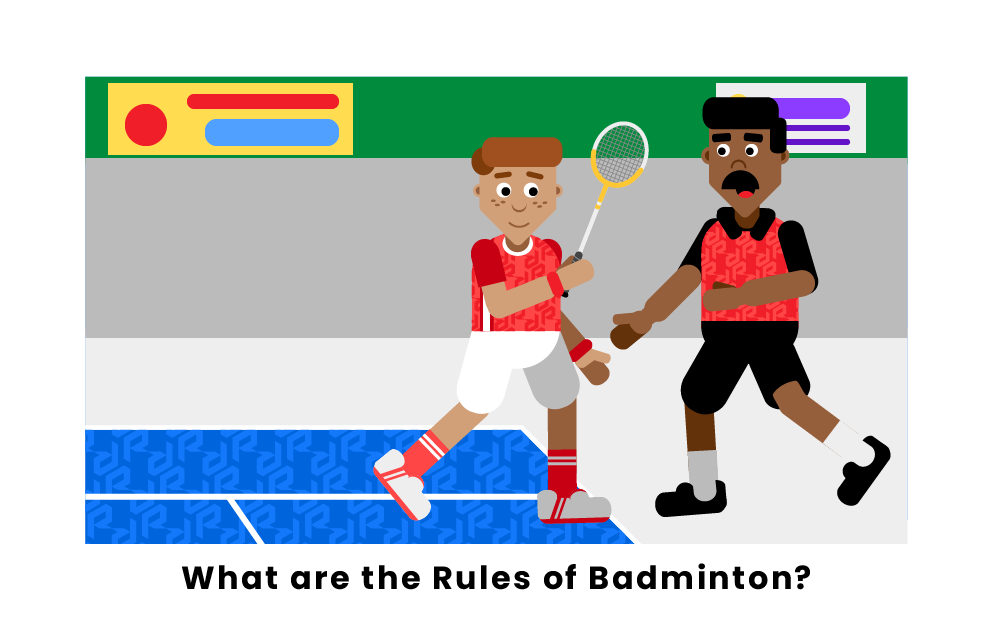 Whether you’re interested in playing badminton competitively or just for fun, it's important to know the basic rules of how to play. Here you’ll learn about scoring, serving, breaks, lets, and more! These are some of the most important badminton rules for beginners to know.

You can also check out our list of the Top 10 Badminton Rules to learn even more about the sport!

Here is a list of the basic rules of badminton:

Individual games are played to 21 points, and the first player or team to reach 21 points wins that game or set. In order to score a point, you must win the rally.

A rally can be lost when:

The first team or player to win two games out of a three-game series is declared the winner of that match. This format allows for quick gameplay while still giving both players or teams an equal opportunity to win.

In badminton, every time there is a serve, a point is scored, meaning you do not have to be the one who served in order to earn a point. This helps improve the speed of play and allows teams to come back more quickly.

The server must hit the shuttle from below their waist when serving. During a serve, neither player on either team can move until the serve is completed.

A let can be called by the umpire in cases where the server hits the shuttle before the receiver is ready. However, unlike lets in tennis, the shuttle may hit the net and still remain in play. Lets result in the last service not counting and the server who caused the let to serve again.

As soon as the shuttle is served, gameplay begins, and the act of hitting back and forth between players or teams is known as a rally. The rally ends when one team or player commits a fault, and the other team receives a point. That team, who just received a point, then serves the next point. In match play, whichever team wins the previous game serves first in the next one.

In order to win an individual match, a player or team must win by at least two points. This means that if the game was tied at 20-20, the player or team would need to score two points in a row to make the score 22-20 and win the game. However, if the score reaches 29-29, then whichever side scores the 30th point wins the game.

In between each game of a set, players are allowed two full minutes to rest. Players have the chance to catch their breath and continue to hydrate, an important element of all sporting events. Players are also given a 60-second break after the 11th point in the match is scored.

After the shuttle is hit into play, players cannot touch the net or its supports with their racket or their body. This automatically results in a fault and a point for the other team. This rule was implemented to reduce interference with the net and can be called by the official at any time during play.

In badminton, players cannot hit the shuttle two times in a row. In singles and in doubles, each side has only one hit to get it over the net. Even if a player accidentally touches the shuttle with their racket and their partner hits it over the net, that would still be a fault and a point for the other team. 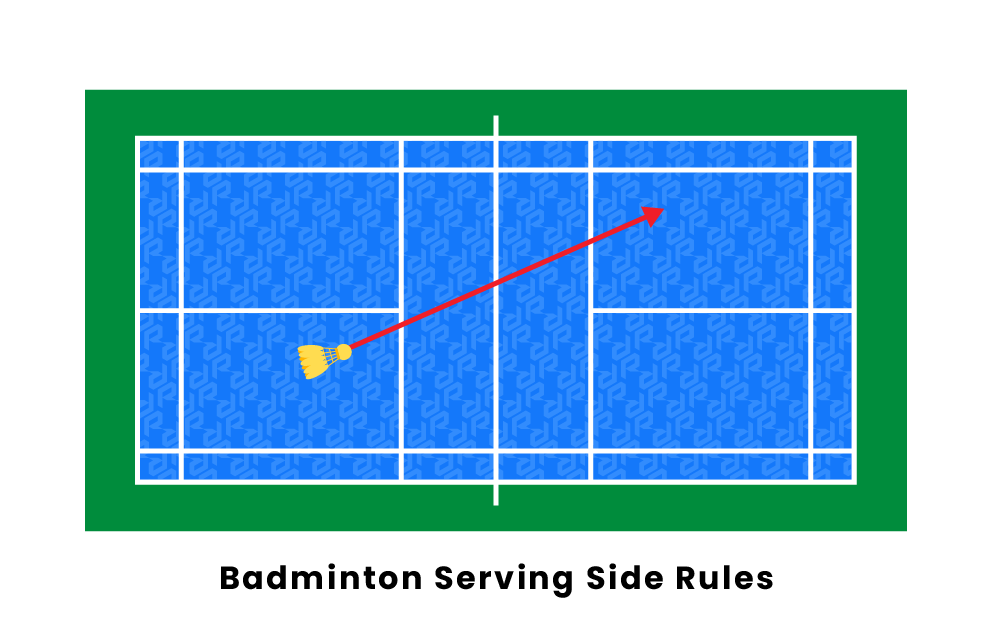 In singles, when your score is an odd number, such as 1 or 3, you serve on the left side of the court. When your score is an even number, such as 0, 2, or 4, you serve from the right side of the court. The shuttle must land in the service court diagonal from where the server is standing. Players only switch sides after legally winning a rally and thus receiving a point.

In doubles, the same even and odd rule serving used in singles matches still applies. However, the substitution and rotation of who serves and when get more complicated. In a team of two players, service does not change between them until the other teams stop the rally. It is only until the team wins the rally again and a point is given that the service changes between the two players.

What are the basic rules of badminton?

At the beginning of each rally, a player serves the shuttle over the net and into the appropriate service court on the other side. The receiving player or team attempts to hit the shuttle back over the net until a fault occurs. When a fault is called, the team or player who did not cause the fault gets a point.

What are the serving rules in badminton?

In badminton, the server must hit from below their waist, and no player other than the server may move until the serve is completed; otherwise, a fault is announced by the umpire. The server must also not hit the shuttle until the receiver is ready; otherwise, a let is announced by the umpire. When the score is an odd number, players are required to serve from the left side of the court; when the score is an even number, players serve from the right side of the court.

How is badminton scored?

In badminton, a player or team scores a point when they win a rally. A rally is won when the opposing team commits a fault. Faults happen for a number of mistakes, including illegal serves, a shot landing out of bounds, or the shuttle not making it over the net. The first team to reach 21 points with a lead of at least two points wins the game. The first player or team to win two games is declared the winner of the match.