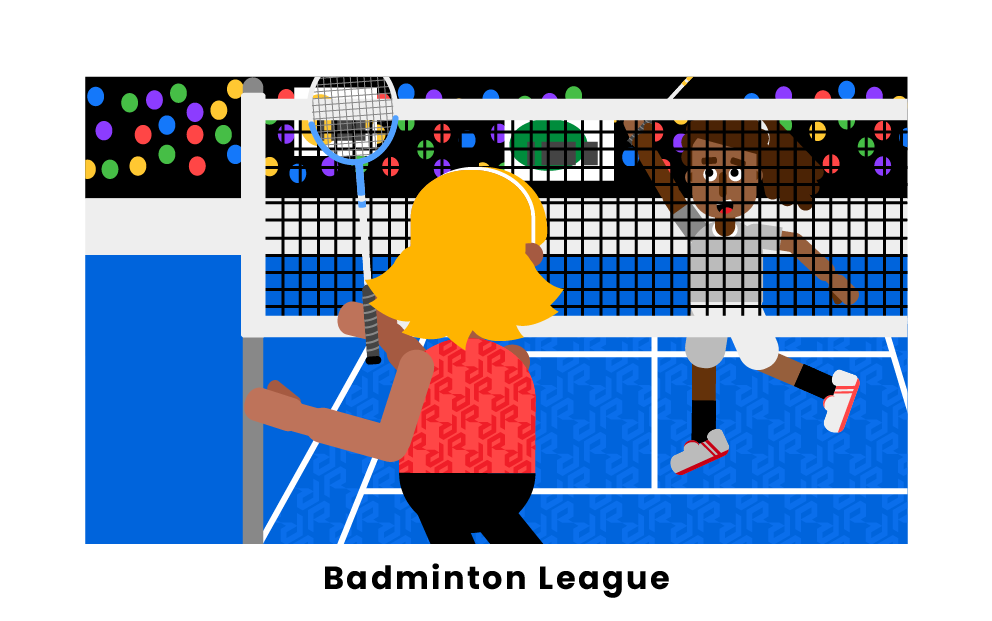 A badminton league is an organized badminton competition in which the athletes play each other with one single common goal in mind, to be the champion of their league. Badminton leagues exist in various formats, amateur or professional, singles or doubles, regional or international, among many other variations. A league usually implies that it is a continuous competition, in which the players involved play on many different occasions.

Sometimes a league consists of many tournaments, and athletes get points depending on how they perform on those tournaments. In a professional league, the winner may take home a prize money or some big trophy, while in an amateur neighbourhood league the winner might take home a giftcard to some sort of local business like a restaurant; still, they are all badminton leagues.

There are 220 million people in the world who practice badminton, of all ages, identities, and countries across the globe. The sport is more popular in Asia, so naturally the Asian leagues are the most popular ones. The major badminton leagues in Asia reside in countries like India, China, and South Korea. The continent's tradition in the sport and the high population in many Asian countries have led to the rise of countless grassroots leagues as well.

In the United States, badminton is also very popular, although not as celebrated as in Asia. Some popular leagues are the ones organized by the AAU, which also sponsors many other amateur and youth sports leagues across the country. The AAU has badminton leagues that go from ages 8 and under all the way up to adult categories. Additionally some high schools also have badminton teams, even though there isn't an NCAA badminton league.

If you want to start your own amateur badminton league, there are many steps that must be followed before people start playing games. Before you do anything, it is necessary to see who the people are who would be interested in joining your league. If you can't find people interested in participating, it might not even be worth organizing a league.

Also, seeing the demographics of those interested in joining a new badminton league will also help you determine important aspects of your league, such as age range, doubles or singles, mixed or single gender, and many others. With all that information in hand and the certainty that there are interested athletes, it is time to look for places where your league will play its season.

High schools and colleges are a good option to look when trying to rent a gym, as badminton courts can easily be taped onto basketball or volleyball courts. Among other costs, you will most likely have to pay for the court you'll be using for the league.

Last but not least, some kind of prize must be arranged for the winners of the league, like a simple medal, a small trophy, or even a gift card. With everything being organized beforehand, your league has everything it needs to be a success.

There is really not a set number of games or even days that a badminton season must last. For amateur badminton leagues, the length of the season will depend on how many people are signed up to play in the league and also on the format the league adopted.

The Premier Badminton League, hosted in India, lasts 2 weeks in which badminton teams play multiple games against each other. On the other hand, the Badminton World Federation, which isn't really a league but rather the sport's governing body, goes from February until December, with many competitions on its calendar. Overall, it is more common that a badminton event is a tournament that lasts a weekend or so, than a proper, year-long, league.

Because badminton is a sport played individually or in doubles, it doesn't cost as much to join a badminton league as it would cost to sign up your entire team for a local league. Nonetheless, there will still be costs, including the cost of having your own equipment, which is very likely to happen. Costs of joining a league vary depending on age, and on how long the league lasts. Prices vary from $60 to $100. More common than leagues, are badminton clubs, where people can go to play for a day or pay an annual or monthly membership. In that case, it costs around $20 to walk into a badminton club without being a member, and around $100 to $200 for a monthly membership, with the price per day going down as the length of the membership goes up.

The best badminton league in the world is the Premier Badminton League in India. In the PBL, teams of badminton athletes compete against each other in order to earn points. In the matchups, the athletes in the teams play matches in all men's and women's singles and doubles, and mixed doubles. Although the league is hosted in India, the best players from all continents join a team in the league. There are other prestigious events in badminton, such as cups and tournaments, but the biggest and most important badminton league is the PBL.