How Long Is A Badminton Game? 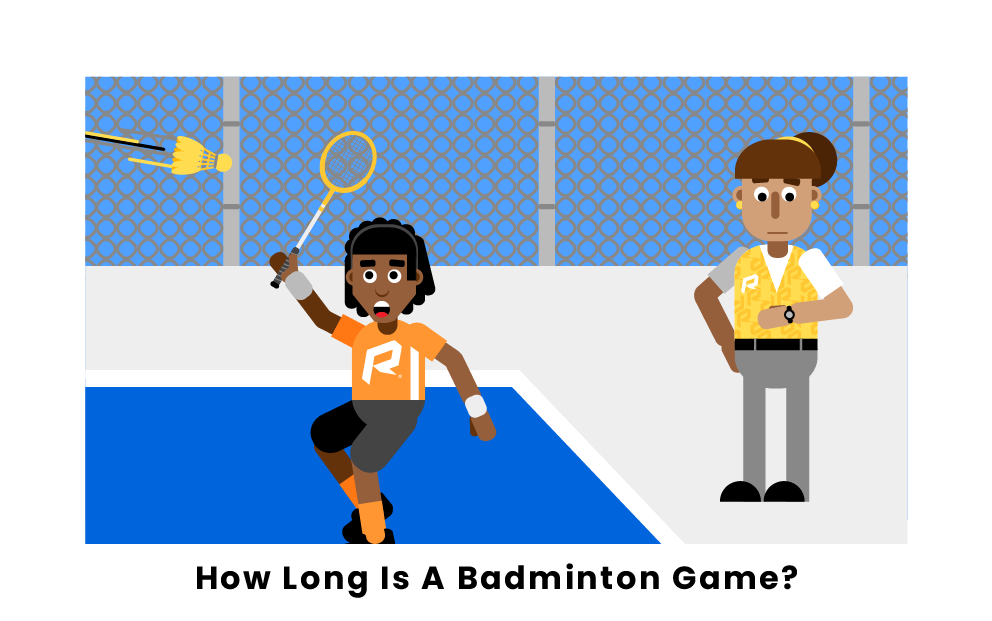 The sport of badminton requires a significant amount of endurance, as a single game includes multiple rallies of play. There are multiple games in a badminton match, and they can take quite a while. Keep reading to learn about how long a badminton game is.

A typical badminton match lasts around 45 minutes. Several factors affect a badminton match’s length, notably whether it goes to a third game. The format of a badminton match means that there is not a set length of time. Rather, each game takes about 15 minutes, with a match spanning two or three games.

At the Olympic level, badminton is guided by the same formatting regardless of the gender or amount of players participating. As a result, all singles and doubles games consist of games played up to 21 points. For every point played, the winning team receives a point toward their target score of 21 points.

In addition to reaching 21 points, a team must win a game by at least two points. In Olympic badminton, if players are tied at 20-20, the two-point differential is in effect until the game reaches a score of 29-29, at which point, a player will win a game once they reach 30 points, regardless of the point differential with their opponent.

All matches are played best two out of three games. This means in order to claim victory, a team must win two total games.

Badminton is considered to be one of the fastest racquet sports in the world. Each point is very fast-paced and doesn’t last long. The size of the badminton court is fairly small, which accounts for the quick points.

In general, a professional badminton match of the best two out of three games will last around 40 to 50 minutes. This means that each game in a three-game match will take about 15 minutes from start to finish. However, this length can vary quite a bit if individual games are extended by close scores between competitors.

It’s important to note that timeouts exist in the sport of badminton as well. The amount and length of timeouts will vary quite a bit between levels of competition and leagues. However, there is a common policy of each team receiving one 60-second timeout during every game.

The match lasted 161 minutes, which equates to 2 hours and 41 minutes long. The games were full of very long and drawn-out rallies between the teams. Indonesia’s team took the first game handily, with a score of 21-13. In the second game, Japan’s team responded and won with a score of 21-19. The final game was the most contested one and lasted more than an hour, which is how long an average whole badminton match lasts. Japan’s team ended up winning the game and match with a score of 24-22.

How many sets are there in badminton?

Badminton is played in the format of best two out of three sets. This means that a player or team can win two straight sets to claim victory. If opponents both win a set, the third set will help decide the winner of the game. In order to win a set, a player or team must score 21 points and win with a point differential of at least 2 points.

How long was the longest badminton game?

The longest professional badminton game lasted 161 minutes, which is 2 hours and 41 minutes long. It occurred at the 2016 Badminton Asian Championships held in Wuhan, China. Japanese teammates Kurumi Yonao and Naoko Fukuman took on an Indonesian team of Greysia Polii and Nitya Krishinda Maheswari. Each set was very competitive with long rallies. The Japanese team ended up being the victors of the game.

What was the shortest professional badminton game ever?

The shortest professional badminton game occurred at the 1996 Uber Cup held in Hong Kong, China. The opponents for the game included Ra Kyung-min of South Korea and Julia Mann of England. The game lasted only six minutes total, with Ra Kyung-min coming out as the victor. The set scores for the game were 11-2 and 11-1. This badminton tournament had a shorter game format than the standard badminton game. Regardless, this game went by incredibly fast.

Pages Related to How Long Is A Badminton Game?