How Does Scoring Work In Badminton? 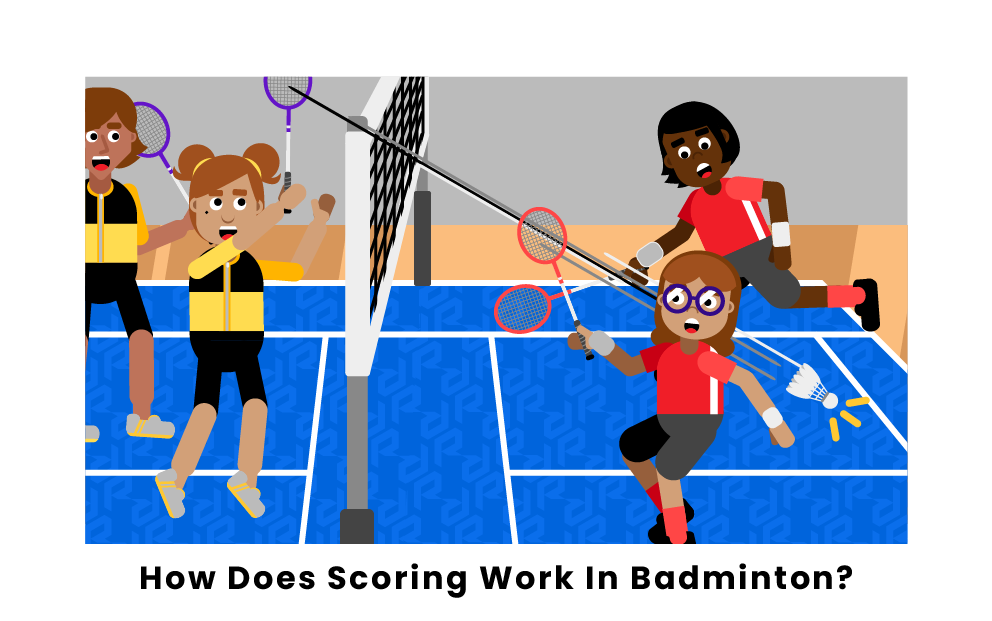 Badminton is a racquet sport that is similar to tennis, where the two teams volley a feathered cone-shaped object, known as the “birdie,” back and forth. The game is usually played in either a singles or doubles style. The object of the game is to force your opponent to commit an error in the process of returning the birdie over the net.

A set begins with a serve from one of the teams. In serving, one player starts on the right side of their court, known as the right service court, and attempts to hit the birdie diagonally over the net into the opposing team’s right service court. During a serve, the player must hit the birdie below their waist. The winning team of each rally is awarded the next serve.

If playing singles, the player on one team continues to serve and alternate between left and right service courts until they lose a rally (the player commits an error). When playing doubles, the same process applies, but each time the team regains possession of the birdie or begins to serve again, the server alternates.

Aside from the serve, there are a few other hits in badminton, including the clear, drop shot, and smash. A clear is when a player hits the birdie high in the air and towards the back of the opposing side of the court. A drop shot is when the birdie is hit to land just over the net on the opposite side. A smash is when a player swings overhand at the birdie and hits it with great force.

Badminton is similar to sports like volleyball and tennis in that it utilizes a rally scoring system. This means that either team can score, regardless of which team is serving. This system helps prevent the serving team from gaining too much of an advantage in scoring, as they are not the only team that can score.

The first two sets are played to a score of 21 points. In order to win the set, a team must have a two-point advantage over the other team. So, if a team reaches 21 points but the other team has 20, the set is not over. The teams will keep playing until a team is up by two points or a team reaches 30 points. A match is won by whichever team wins two sets. Therefore, if a team wins sets one and two, they win the entire match.

How does the scoring system work in badminton?

The scoring system used in badminton is the rally point scoring system. This means that teams can only score one point at a time, but either team can score on any given rally regardless of who is serving. A team scores a point when the opposing team fails to legally return the birdie over the net. A game is played in three sets to 21 points (the team must also have a two-point advantage). The first team that wins two sets wins the game.

What is the last point before winning a game of badminton?

The last point before winning badminton is typically 20. However, in the event that the two sides are not more than one point apart, the game continues. If the game reaches a score of 29-29, the first player to score their thirtieth point wins the game. This keeps a game of badminton from running on endlessly.

How are points lost in badminton?

When did the scoring system change in badminton?

Pages Related to How Does Scoring Work In Badminton?