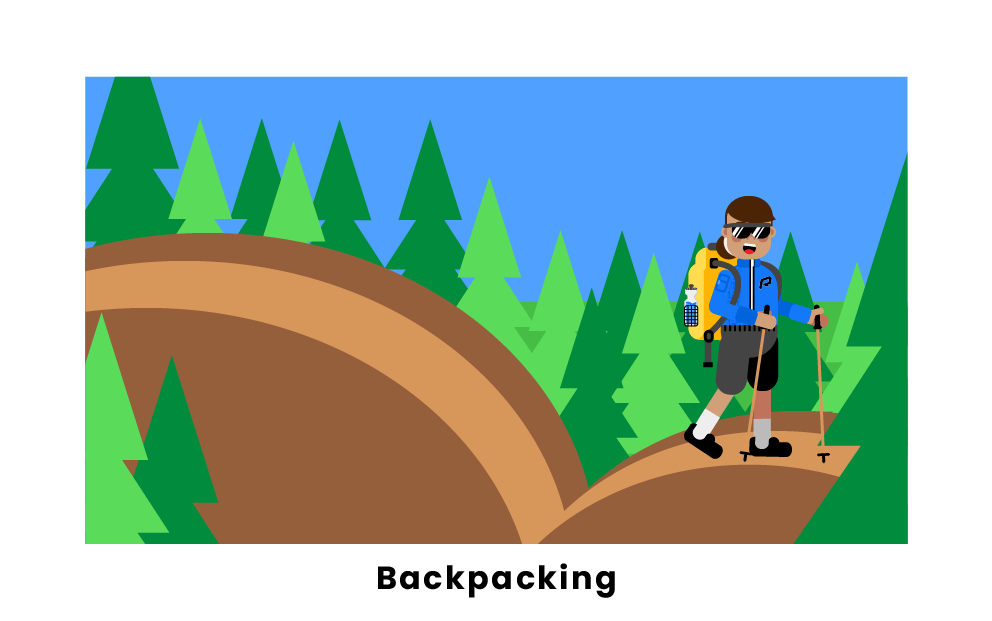 Backpacking is a sport that allows individuals to experience nature firsthand and to grow closer to the group they are travelling with. Some of the most interesting and unique places can only be found through backpacking. Backpacking also introduces critical thinking skills to its participants such as planning and critical thinking. Backpacking is an extreme sport that should not be taken lightly, however it is a challenge that can bring out the best in whoever participates. 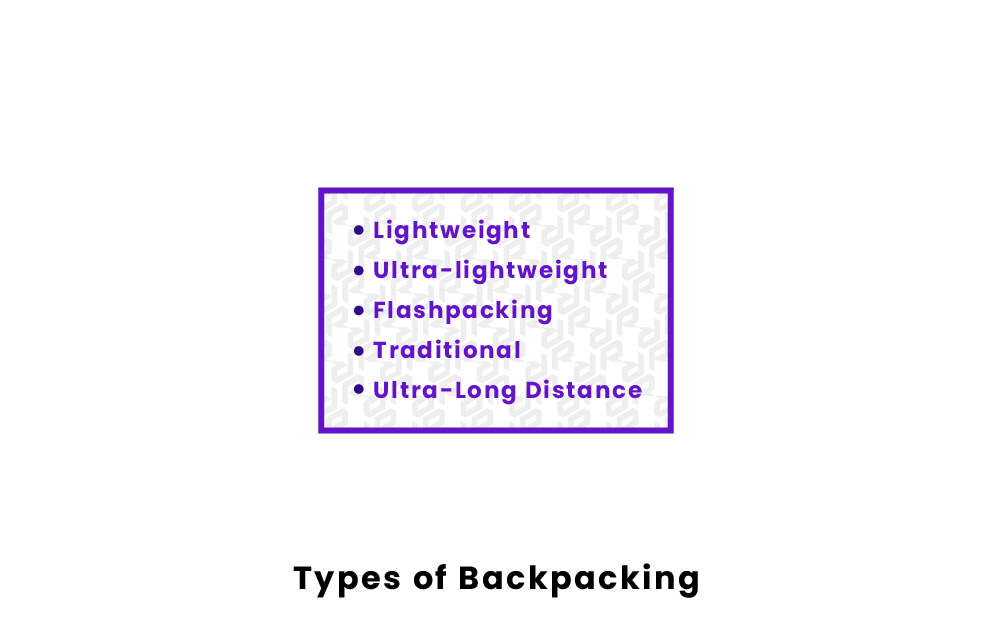 Here are the types of Backpacking:

Backpacking has a rich history. Camping and travelling are not new concepts, and the origins of backpacking can be traced all the way back to 13,900 years ago at the very least. This is the oldest site found that indicates travel and migration of individuals. These individuals were able to take their belongings and follow the game wherever it went. This developed into expeditions for discovery and mapping, and then further by nature enthusiasts into a framework that can be recognized as backpacking. Enthusiasts such as John Muir, a backcountry nature writer that was obsessed with finding the wilderness, founded backpacking as the sport we know today. 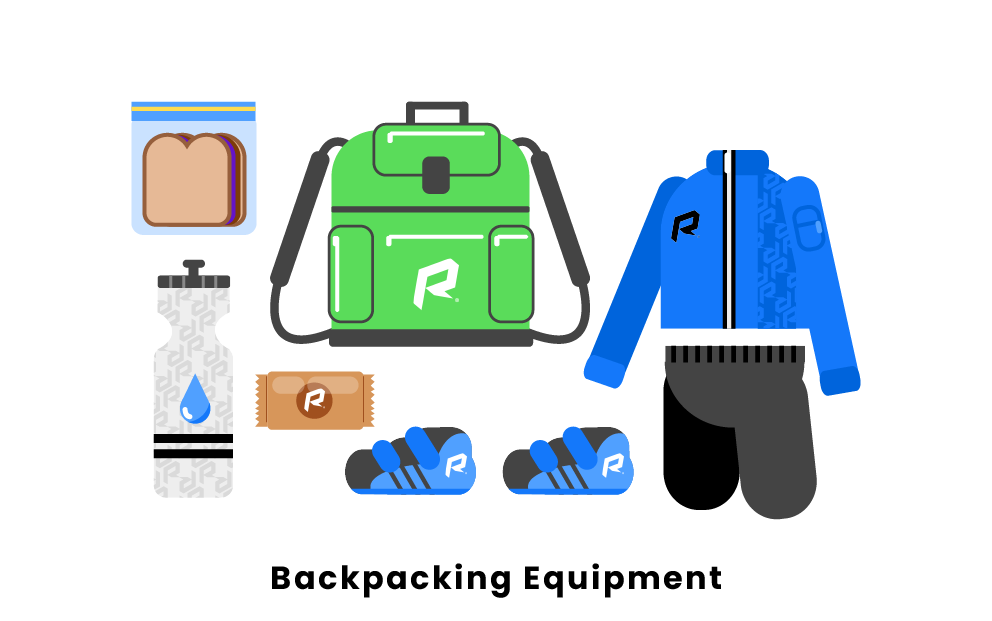 Backpacking involves very specific and specialized equipment. Clothing, footwear, and the backpack are items that need to all be fitted appropriately otherwise there will be injury. Shelter and a sleeping bag needs to be appropriate to the weather and climate of the backpacking location. Traditional backpacking typically requires 1.5-2 pounds of food per person per day. This needs to be food that will not spoil and needs to be cooked appropriately. A stove and fuel should be stored separately. Backpacking equipment is specialized, but it is necessary to understand how the equipment works and why you have it around. In addition to having the appropriate equipment, how to pack it is a skill that is developed over time with much trial and error.

Here is the essential Backpacking equipment you should have: 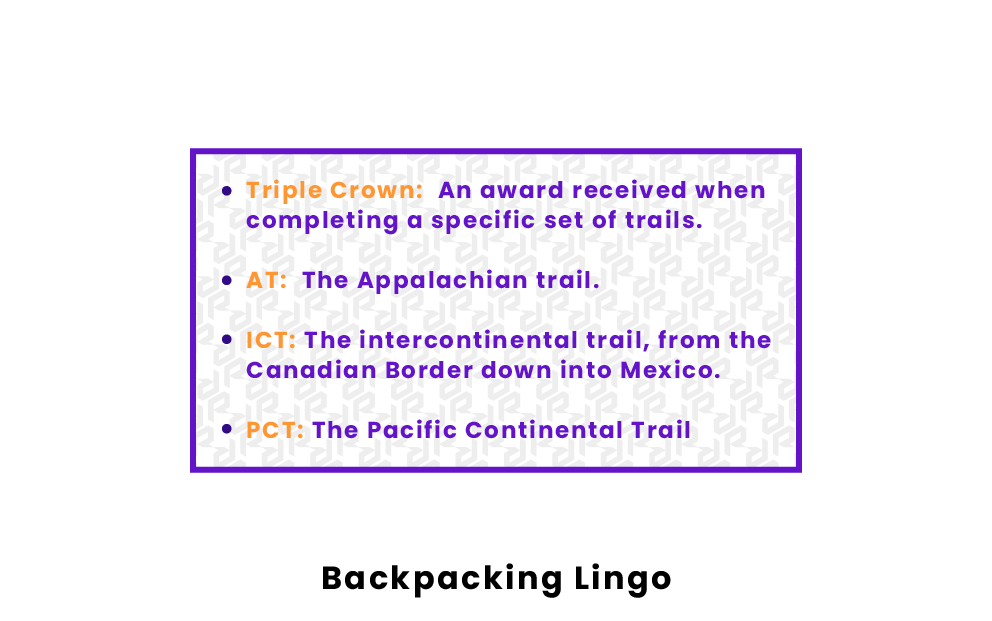 Here is the common lingo and slang in Backpacking: 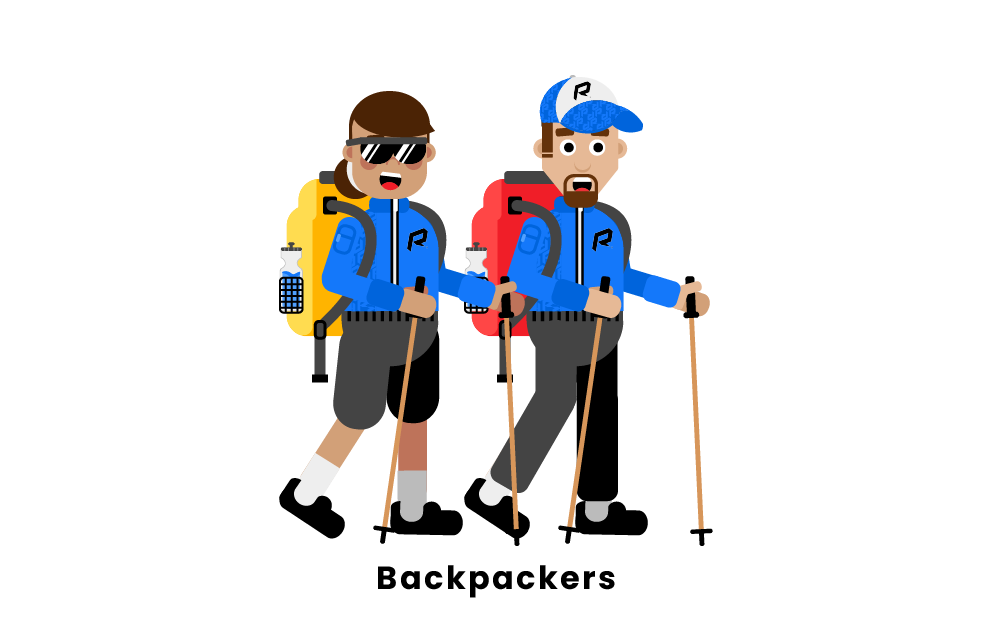 Backpacking is a sport in which the most "Famous" backpackers are individuals to pioneer a way of life. From being the first person to solo in a season the entire Appalachian Trail, to being one of the youngest backpackers in existence, the "famous" part of backpacking comes from being the first to do things a certain way. There are a few exceptions from these pioneers that have tremendous mental and physical fortitude, often accomplishing many feats across their lifetimes.

Here are the most famous Backpacking players you should know:

Backpacking is a sport in which the main competition is the mind and body of the participant. All the backpacking events are feats of will and endurance. While there are many physical factors that need to be considered, such as endurance and physical capabilities, at the level of events like the Triple Crown, Six pack, and 52 Hike the participants undergo rigorous mental stress and fatigue. Oftentimes, the recognition for these achievements is personal satisfaction and a placard or a patch to accompany. These events are not as official as the Superbowl or the NCAA tournament, but the achievement, preparation, and satisfaction are comparable.

Here are the most popular tournaments in Backpacking:

Pages Related to What is Backpacking?