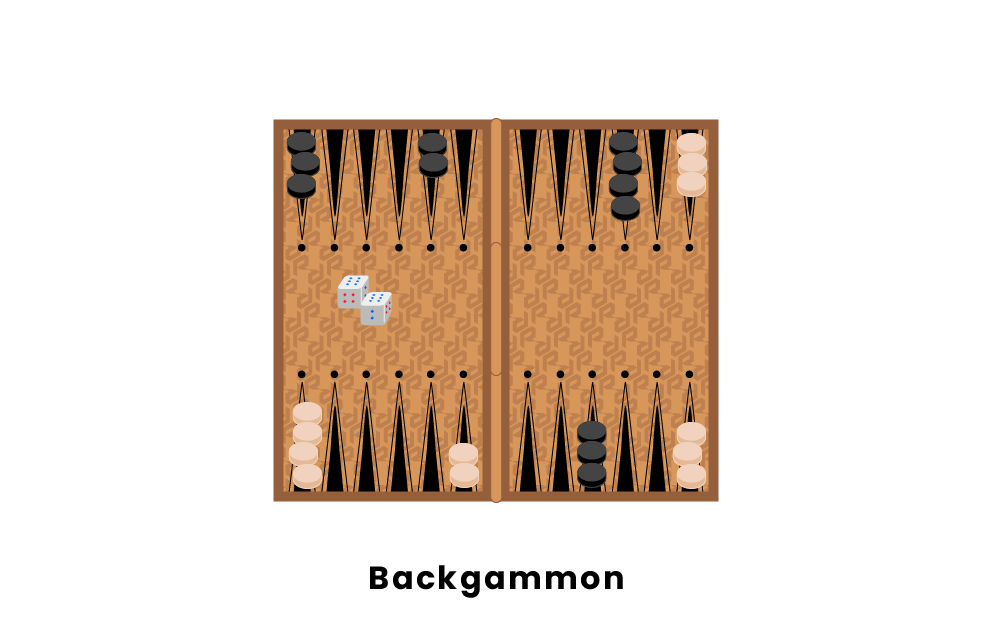 Backgammon is a two-player board game that originated in Mesopotamia over 5,000 years ago. The board includes 30 pieces (called checkers) that are placed along a series of 24 triangular "points". The game's objective is to strategically move all 15 of your checkers onto your side of the board and then remove them one by one. The game uses dice and involves some luck, and has remained popular as a board game. Keep reading for more history, rules, and lingo.

Backgammon is one of the world's oldest games, having been played since before 2000 BCE. It was likely created in Mesopotamia, or modern-day Iraq, and was popularized across Europe by the Romans during the height of their Empire.1 References to the game (called tables at the time) can be found in the artistic works of Hieronymous Bosch, Chaucer, and even Shakespeare. HJR Murray was the first person to call the game "Backgammon" in the 1600s, and since then, the rules have remained largely unchanged. 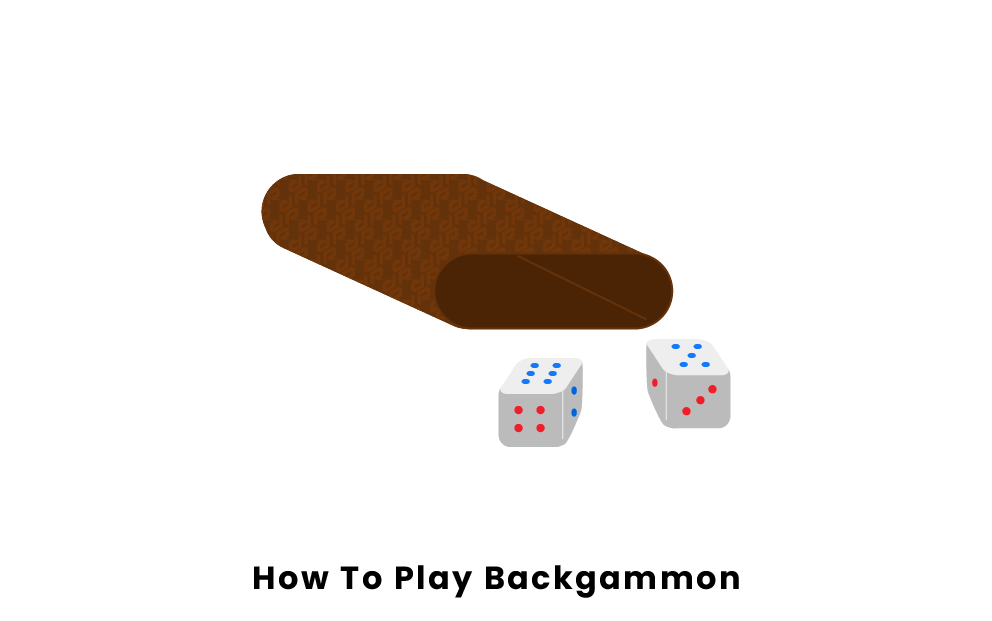 The game begins with each player's checkers placed on certain triangles, or "points". The board is divided into four quadrants: your home board, your outer board, and your opponent's home and outer boards. Each quadrant has six points that alternate in color.

The objective of the game is to move all of your checkers onto your board (points one through six), and then "bear" each piece off of the board. The player rolls two dice to determine how many points they can move their pieces.

Once you have gotten all of your pieces onto your home board, you may begin "bearing off". The first person to bear off all their pieces wins the game. 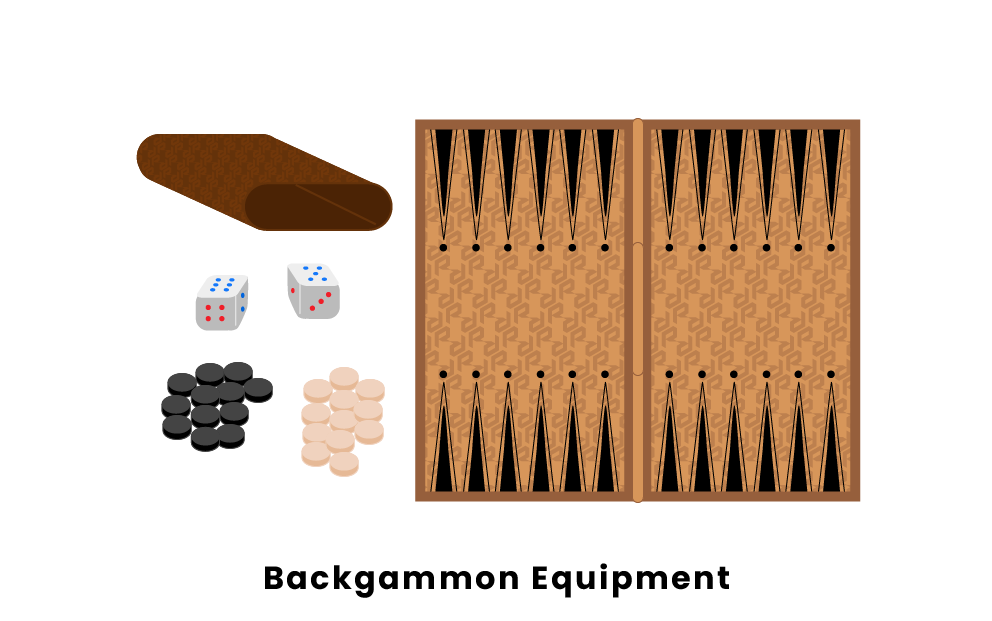 Backgammon is a board game that requires only a few pieces of equipment. The necessary equipment for the game is the board, checkers, and two dice. Dice cups are often included in backgammon games to roll the dice "more fairly" but are not a requirement for gameplay.

Backgammon equipment should include:

The objective of backgammon is to get all of your pieces off of the board. To do this, you must first advance each checker onto your home board.

In addition to getting your pieces across the board, it is important to stop your opponent from doing the same.

While the gameplay is straightforward, there are some "corner case" scenarios that are important to remember.

Here are the most important backgammon rules: 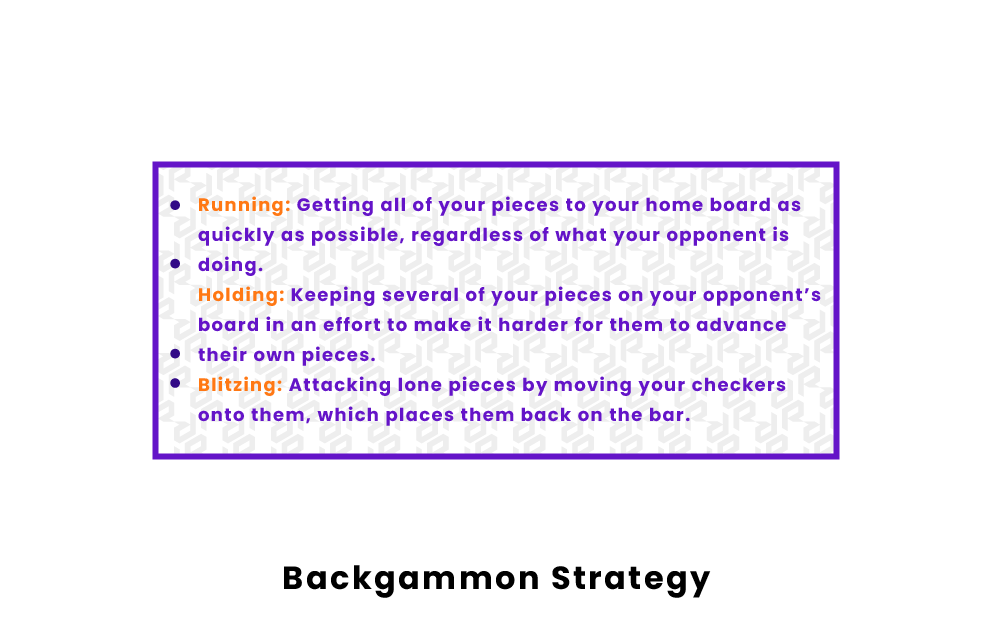 Like chess, there is a wealth of backgammon strategy, and dedicated players devote time to learning different opening strategies and probabilities.

Here are the most important backgammon strategies you should know: 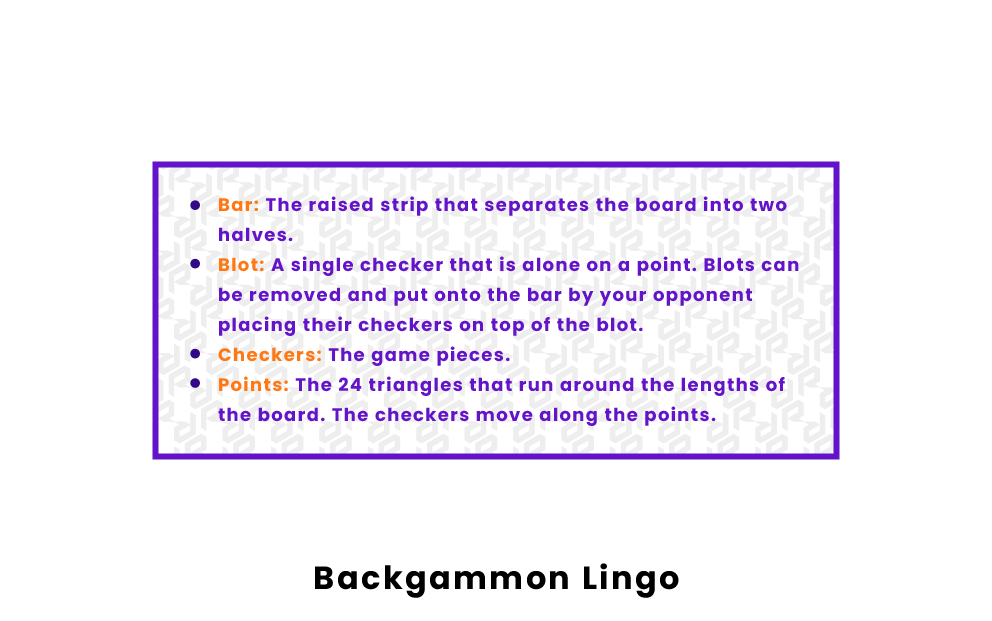 Here is the common lingo and slang in backgammon:

Backgammon is popular worldwide, and Backgammon's World Federation ranks the top players in the world.

Here are the top backgammon players you should know:

There are Backgammon tournaments taking place all over the world. There are a few annual major tournaments as well.

Here are the most popular tournaments in Backgammon:

What happens if my checker lands on an opponent's blot?

If your opponent has a lone checker on a point, and you place your checker onto that point, your opponent's piece gets removed and placed on the bar, and they need to "restart" moving that piece all the way from your end of the board.

When should I use different strategies?

Where do the pieces start on the board for each game?

What is "bearing off", and how do you do it?

"Bearing off" means moving your pieces off the board from your home quadrant. To bear a piece off, you must roll exactly the number of the point on which that piece is placed. For example, if you have a checker on the first point, you can only bear it off if you roll a "one" on one of your dice.

Pages Related to What is Backgammon?