How Long Is An Australian Football Game? 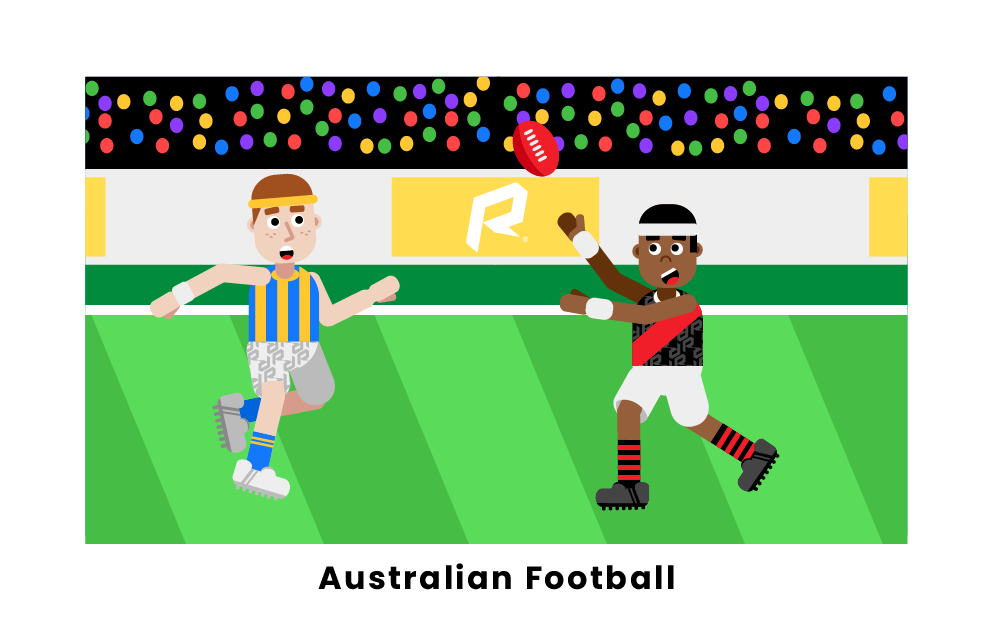 Australian football matches have 80 minutes of play, divided into four quarters. Each quarter contains 20 minutes of official time. At the start and the end of each quarter, a siren sounds to initiate or end the period. However, games always run longer than 80 minutes. Teams are given a brief break between each quarter. The break between the first and second quarters is called quarter time. The break between the third and fourth quarters is known as three-quarter time. Both the quarter time and the three-quarter time can last up to six minutes. Like many sports, Australian football also has a halftime period. This is so that players can take a sufficient break, review strategies, and hydrate. The halftime period in Australian football can last a maximum of 20 minutes. Interestingly, players are allowed to exit the arena at this time, but must return within 15 minutes.

Time On and Clock Stoppage

Due to clock stoppage, the average quarter in Australian football takes 30 minutes to complete, but it is not unusual for quarters to take much longer. This usually occurs if a player has been injured.

Usually, overtime is not played in Australian football. During the normal season, matches can end in draws. Teams are then awarded a designated amount of draw points for the league table, like in soccer. Throughout the normal season, there is no need to break ties. However, similar to other sports, finals matches and certain tournament matches require a tie-breaking format for progression. In matches like these, the overall duration of the game would last longer than a normal match, due to the overtime periods.

Like many other sports, different leagues and levels of Australian football play with different match durations. In women’s leagues, quarters contain 15 minutes of official time instead of the 20 minutes that are mandated in men’s leagues. Usually, quarters in women’s Australian football leagues last around 20 minutes in total due to time on. On average, women’s matches in the sport last about two hours in entirety, while men’s matches can last closer to three. For other leagues, such as youth leagues, there may be shorter durations of play as well. This is dependent on the league. Additionally, select competitions may contain rule adjustments that would alter the play periods of the game. In some tournaments, time on is not played, causing quarters to last for less time than usual.

Pages Related to How Long Is An Australian Football Game?