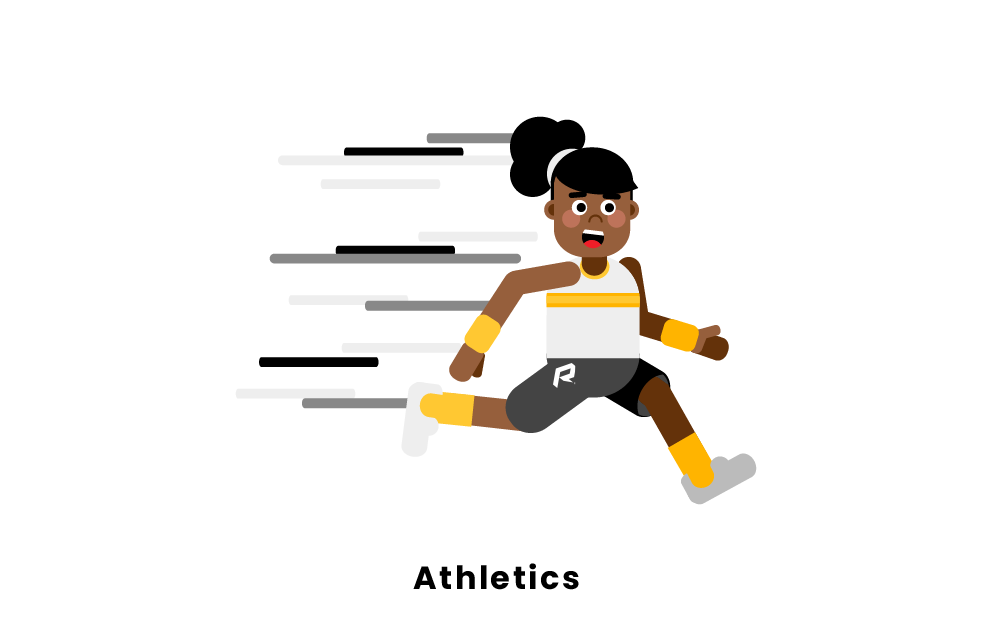 Athletics, or track and field, includes several groups of sporting events. Groups such as track, field, and road are included in modern competitions, as well as decathlons and heptathlons. Athletics were first found in the Ancient Greek Olympics as they showed a variety of skills such as strength and speed. It is now the largest single sport in the Olympics, with up to twenty-five different events being competed on the track, sixteen on the field, and five on the road.

Track competition consists of athletes running portions of a 400-meter oval track. They are challenged to run faster and more efficiently than their competition. Lengths go from the shorter 100-meter dash to a longer 10,000-meter endurance run. Athletes are also challenged to run hurdles, where they not only have to outrun their opponent, but they also must jump over obstacles placed on the track.

Field competition includes both throwing events and jumping events. These events include the discus throw, shot put, javelin, hammer throw, high jump, pole vault, long jump, and triple jump. In throwing events, athletes aim to throw their object the farthest in comparison to their competitors. In jumping events, athletes must jump over a bar without knocking it down. The goal is to jump a higher bar than the rest of the competitors.

Road competition includes the marathon and the race walk. Athletes will be provided a marked track to follow and must pace themselves to finish ahead of their competitors without tiring themselves too quickly. Both events occur on public roads, allowing fans and viewers to cheer athletes on as they compete.

The decathlon and heptathlon consist of many different events and are all aimed to challenge an athlete on different levels. Athletes must prepare for two days of various events that will require various parts of their athletic abilities. The decathlon includes ten events and is competed by men, while the heptathlon only holds seven and is competed by women. These competitions are often mentioned as having a true Olympic spirit. This is because of the bonding that occurs between athletes as they compete for so many events together.