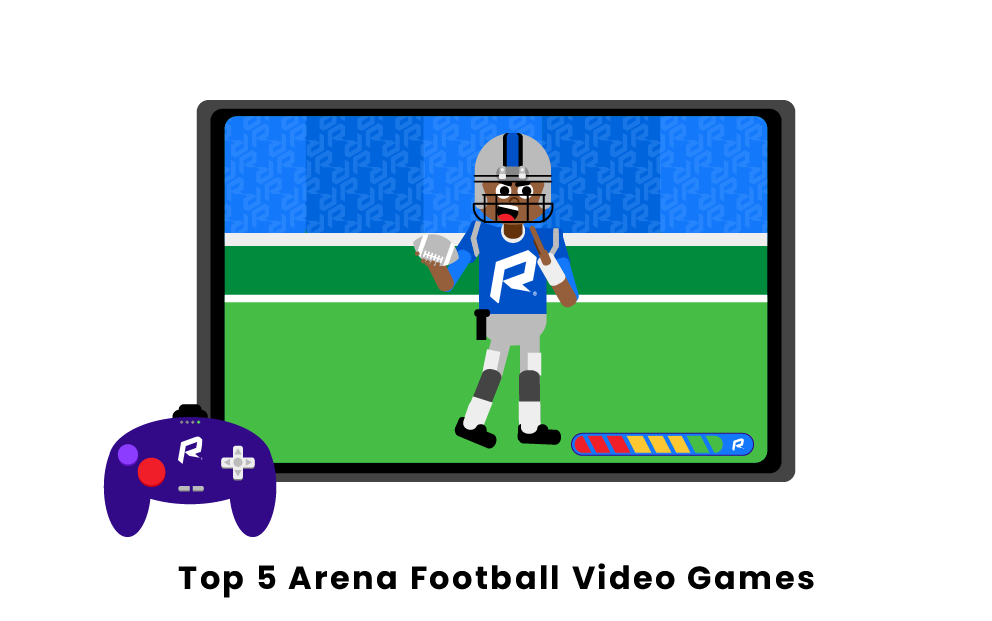 What are the most popular arena football video games?

Arena Football 2006 is known for doing a really good job of creating the violent nature that is shown throughout every game that is played in the Arena Football League. This is done by creating more realistic animations in the game including showboating and tackling. Along with the improvement on defense, the offense in the game had a large improvement as the creators decided to use offensive playbooks developed from real AFL coaches. Also, the creators did a good job making it easier to make user controlled catches and touchdowns, which makes it a lot more fun for the user. All of the improvements that this game made from previous models helps to land it at the top spot on this list.

As this is the second Arena Football game produced by the top sports video game company, EA, it brought arena football fans to a whole new level of video games. This title was created to be more like a regular football video game rather than the Arena Football video game of 1988. This allowed the user to fully control their choice of team and play against another team controlled solely by the computer. For this video game, EA focused more on the defense rather than the offense as it wanted to create the ability for the user to create realistic, bone crushing tackles on the defensive side of the ball. The big name developer of this game is one of the reasons it has become so popular.

Before he was a Super Bowl and a NFL Hall of Fame winning quarterback, Kurt Warner played for a short time in the Arena Football League. His soaring popularity and involvement in this video game helped to create even more of a fanbase for the almost unknown league. During this game, the creators improved on the multiplayer quality that seemed to be lacking from previous versions of the game. The game also does a very nice job of maintaining the fast pace that the Arena Football League does a nice job of implementing in their game. Kurt Warner carries this game to the number three spot on the list as his popularity made the game more well known and played.

As the original Arena Football video game, this was a very early version of a sports video game. It allowed the user to choose their team and their opponent and then allowed the user to pick the play that the team would run. This play would then be automatically run by the computer for the team. Since this is the first game that came out for arena football, it deserves a lot of props and did a good job of fulfilling the purpose of sports video games and creating a competition for the user. Due to the vintage looks of the game, Arena Football 1988 lands at number four on this list.

Maximum Football was specifically designed for the PC rather than a Playstation or another video game device. The options for playing within the game can be confusing to the user as it does not allow many options when first entering the game itself, but the game eventually allows more options right before starting one of the game modes. The game’s create a league mode has the meat of what the game had to offer. This game brought something new that arena football fans had never really seen before. This game included a play editor mode which allowed users to create their own plays and test them out in a game like scenario. The creators continue to create Arena Football games to date, with the most recent one released in 2019.