How Much Does An Arena Football Player Make? 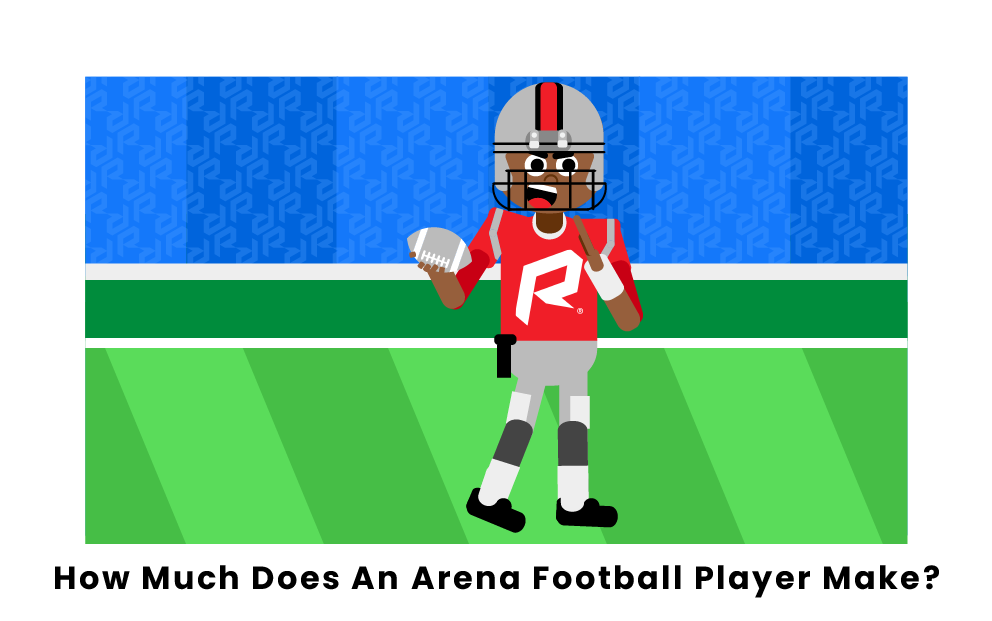 Before the Arena Football League’s final season in 2019, the average arena football player would start their career making around $775 per game. This number varied throughout the league based on position and tenure. For example, quarterbacks in arena football would make a $250 bonus, which was awarded based on their importance.

Due to the changes in popularity and issues like the dissolution of the Arena Football League in 2019, arena football players received far less money than players in the NFL. There are a few exceptions, with the most notable case being AFL receiver T. T. Tolliver. Tolliver was a star in the AFL; he was the all-time leader in receptions and receiving yards for the league and was able to play into his forties. He signed a $100,000 contract in his prime, capitalizing on his own talents and the league’s popularity. However, as the league shrunk to four teams, the veteran’s maximum pay fell to around $1,500 a game. With such a low salary, it was common for players to have another part-time job.

Salary Compared to the NFL

The AFL’s salaries were low in comparison to the NFL. For example, star NFL quarterback Patrick Mahomes received a 12-year contract of $477.631 million, which means that he will be earning around $45 million-per-year starting in 2022. Meanwhile, the lower salaries in the AFL forced some players to seek other employment opportunities, making it tough to focus on improving their football skills. There was hope for some AFL players to make the NFL, with more than 125 players going to the NFL after playing in the AFL. One of the 125+ players to make it included Super Bowl Champion and NFL MVP Kurt Warner. Warner had to work as a supermarket stock boy while he played in the AFL.

Ultimately, the average salary of the AFL was far below that of the NFL, which had an average salary of $2.8 million in 2022. The discrepancy between the NFL and AFL’s pay reflects the lack of popularity that the AFL had. It was mostly built off of hype and gimmicks, with a similar feel to the fanfare of professional wrestling. Meanwhile, the NFL is rich in tradition, has numerous supporters in ad revenue, and showcases a high level of play. The Arena Football League started in 1987, while the NFL started in 1920.

Another form of arena football is the Indoor Football League. With the inaugural season in 2009, the IFL is still playing today. On average, IFL players make $37,470 per season. With such a young league and limited popularity, it is typical for the pay to be this low. However, there are bonuses in each sport based on performance and postseason play.

Due to the dominance of the NFL, it is hard for any other football league to excel in America. This means that it will always be extremely difficult to amass a dedicated fan base that can generate money competitively with the NFL, as shown in the past with the AFL and currently with the IFL.

How much do arena football players make?

Arena football players entered the league making about $13,000 per season. While players like T.T. Tolliver could sign contracts up to $100,000 at one point, by the end of the AFL, veterans could only make a maximum of $30,000 in a season. On average, many AFL players would make around $18/hour during their season. In the IFL, players make a minimum of $250 per game.

Did any arena football players go to the NFL?

There have been over 100 AFL players who have transitioned to the NFL. One of the biggest players to do this was Kurt Warner. Originally a quarterback for the Iowa Barnstormers, Warner went on to play for the St. Louis Rams. He was able to win a Superbowl and an NFL MVP after he left the AFL. Even with a fair few players making the leap to the NFL, few have been even close to as successful as Warner was.

How much do AFL players make a year?

AFL players made an average of around $30,000 per year, including bonuses. Because of the low starting wage of $775 dollars per game throughout an 18 game season, some players earned as little as $10,000 per year. However, highly compensated players made as much as $200,000 per year. As the league lost popularity, player salaries declined. There had been room for players to earn salaries as high as six figures, as seen with star receiver T. T. Tolliver. The veteran’s maximum at the end of the AFL’s run was only $1,500 per game, meaning side jobs were a necessity for an AFL player.

Pages Related to How Much Does An Arena Football Player Make?