How Long Is An Arena Football Game? 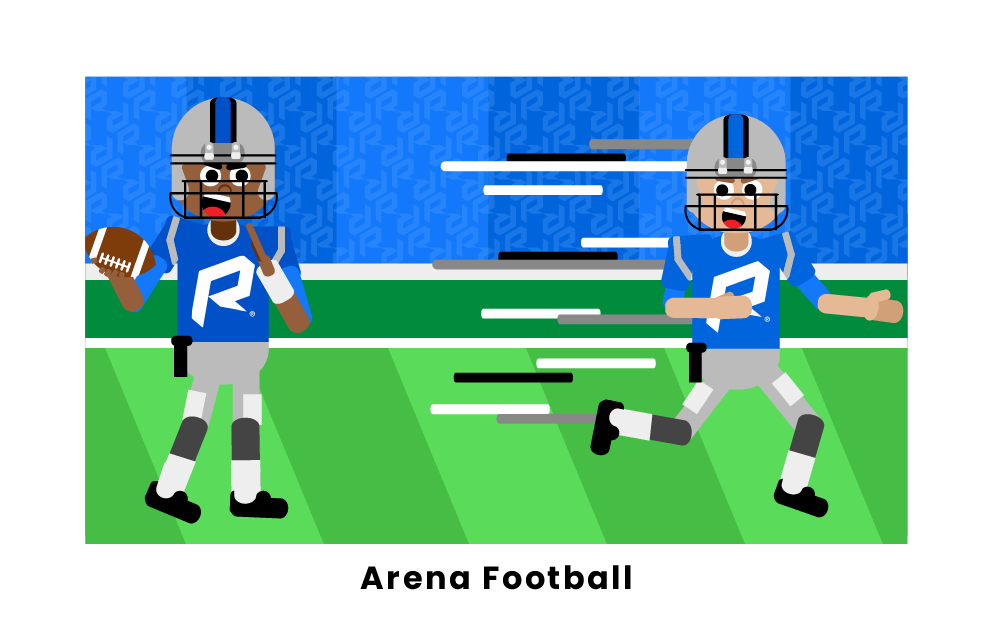 The Arena Football League was founded in 1986 as an alternative to the NFL, promising smaller fields that condensed action and had unusual rules. Over 30 years later, although the AFL has dissolved, arena football is still being played professionally and has a number of features that differ from the NFL product fans are familiar with. While the timing of the games is relatively similar, there are a few key differences. Keep reading to learn about how long arena football games last and what the rules are regarding the clock.

How Long is An Arena Football Game?

An arena football game is 60 minutes long. There are two halves, each split into 15-minute quarters, and the halftime break is 15 minutes. However, the amount of time it takes to play an entire game is significantly longer. In 2019, the last season of the Arena Football League, the average game time was two hours and twenty minutes. This is because games have a number of stoppages during play. Timeouts, commercial breaks, and incomplete passes can all add time to the overall length of the game. This length is noticeably shorter than the average three hour game length in the NFL, mainly due to their clock rules that keep the game clock running in situations where the NFL stops it. 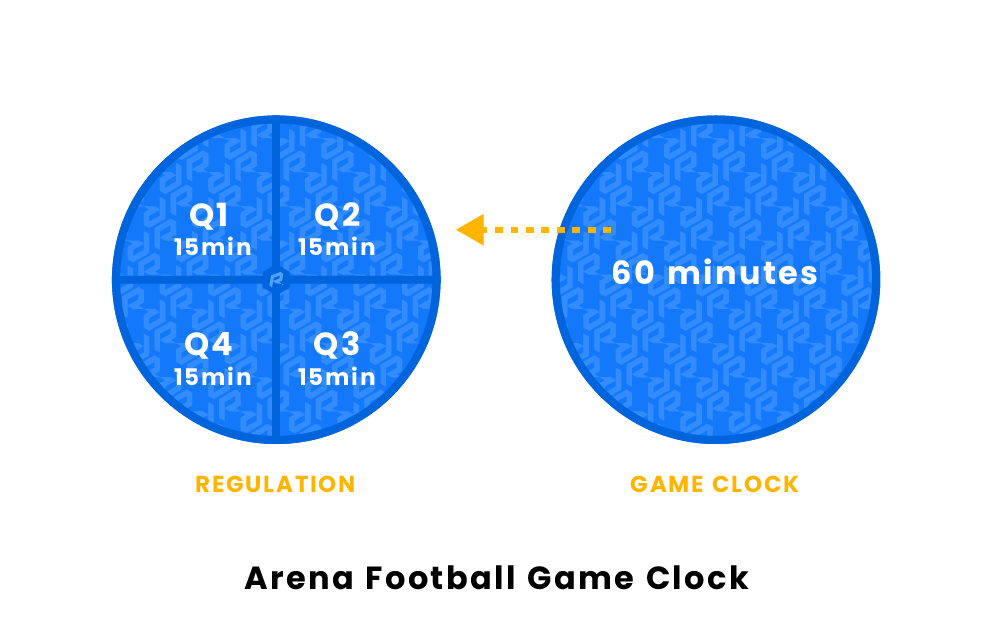 In an arena football game, the 60 minutes are split into four quarters. A half consists of two 15-minute quarters, and there is a halftime break after the second quarter that also lasts 15 minutes. Additional time is taken in between quarters for media breaks and for teams to switch sides. This adds to the total amount of time it takes to play an arena football game.

The clock used in arena football is very similar to the collegiate system, but with a few differences. The clock does not stop after a touchdown is scored until the extra point kick has been converted. In addition, instead of there being a two-minute warning at the end of each half, arena football uses a one-minute warning. This means that when the clock hits one minute remaining, it stops at the end of whatever play is occurring. This works much like a timeout and can be used strategically by teams who want to stop the clock or squeeze in one more play before the stoppage.

The clock will also stop at other points in the game. When a player is injured or a penalty is committed, the clock stops. It will also stop when a coach decides to use one of their timeouts or challenges. The play clock, or the amount of time a team has after a play before they must snap the ball, operates the same as in the NFL. A 25-second countdown starts at the end of each play, and teams must snap the ball before the timer reaches zero or face a penalty.

Like the game clock, overtime rules in arena football are similar to college football rules, but differ from those in the NFL. If both teams are tied at the end of the fourth quarter, the game goes into overtime. Once the game is in overtime, both teams get a possession to score. They start 20 yards from the endzone, and each team gets one chance per overtime period. The clock is turned off, but if teams fail a fourth down conversion, they lose possession. After both teams take a turn on offense, if they are still tied, they go to another overtime period. This process is repeated until one team scores and the other does not, and can go on for as long as needed.

The only change from collegiate rules is that starting with the third overtime period, if a team scores a touchdown, they must attempt a two-point conversion. This rule was put into place to try and ensure that overtime games do not last forever, though it does not fully prevent that. If a team scores on their offensive possession and stops the other team on defense, they are the winners of the game. Since there is no game clock and no period limit, games that do go to overtime can add a significant amount of time to the overall game.

Pages Related to How Long Is An Arena Football Game?