What Are The Rules Of Archery? 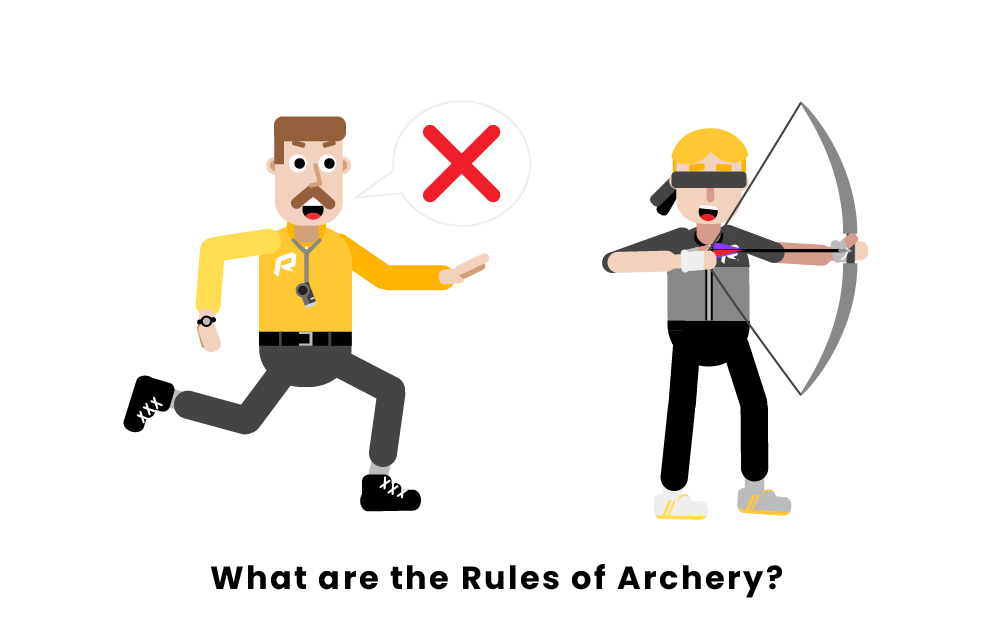 Archery is a traditional shooting sport that involves shooting arrows with a bow at targets.

The main objective of archery is to hit the target with arrows and score as many points as possible.

related: See the most important rules of archery to know.

The Bow and Arrow 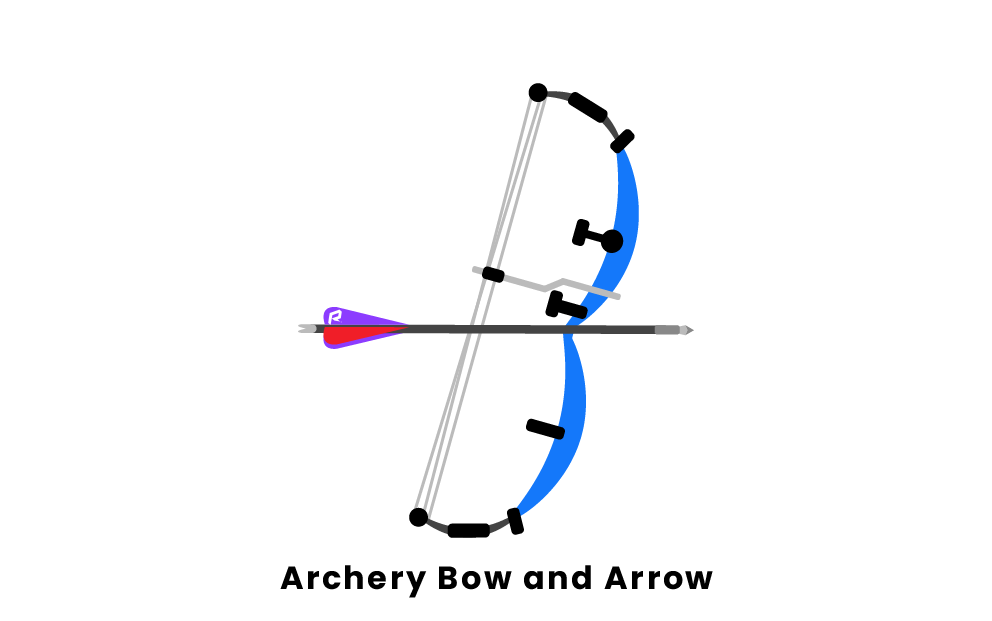 A bow is a piece of equipment that has a handle, riser, and two flexible limbs that have string nocks at either end. Four of the most commonly used archery bows include the recurve bow, compound bow, longbow, and crossbow.

A recurve bow is good for inexperienced archers to start with. The bow has a unique shape, as the center of the bow curves towards the archer and the outer ends curve away. The mold of this bow enables the archer to shoot without much necessary strength or power and therefore, it is ideal for beginners.

The compound bow is a modern type of bow made up of pulleys and cables. This bow does require some strength to draw (pull back) but enables the archer to hold back the draw for longer without getting tired too quickly. This allows the archer to take their time and focus their aim.

Longbows are the simplest and traditional type of bow. The bows are generally made up of long, curved pieces of wood. Because of their basic design, longbows do not give archers the ability to aim as well or shoot with as much power as the other bows.

A crossbow has a shorter bow length and is shot horizontally instead of vertically. To shoot a crossbow, an archer draws the string back and locks it into a trigger mechanism. Similar to a gun, once the archer pulls the trigger the arrow is shot. Crossbows tend to fire shorter distances and require more force to draw than the other bows.

Generally, there are not strict rules on the type of arrows used by competitors but that the arrow shaft should be no greater than 9.3 mm and the diameter tip should be no more than 9.4 mm. Additionally, archers should always use the same type of arrows in a competition and print their name or initials on their arrows to keep track of them. 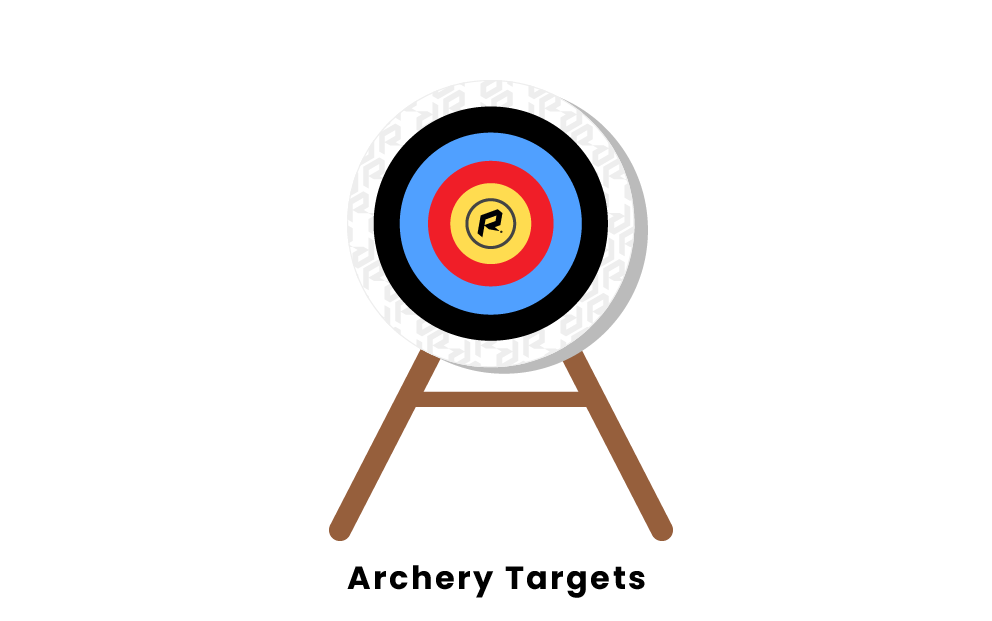 The outer two rings (known as the one and two ring) are white. Moving in towards the center, the next two rings are black, followed by two blue rings, two red rings, and the innermost two gold rings. 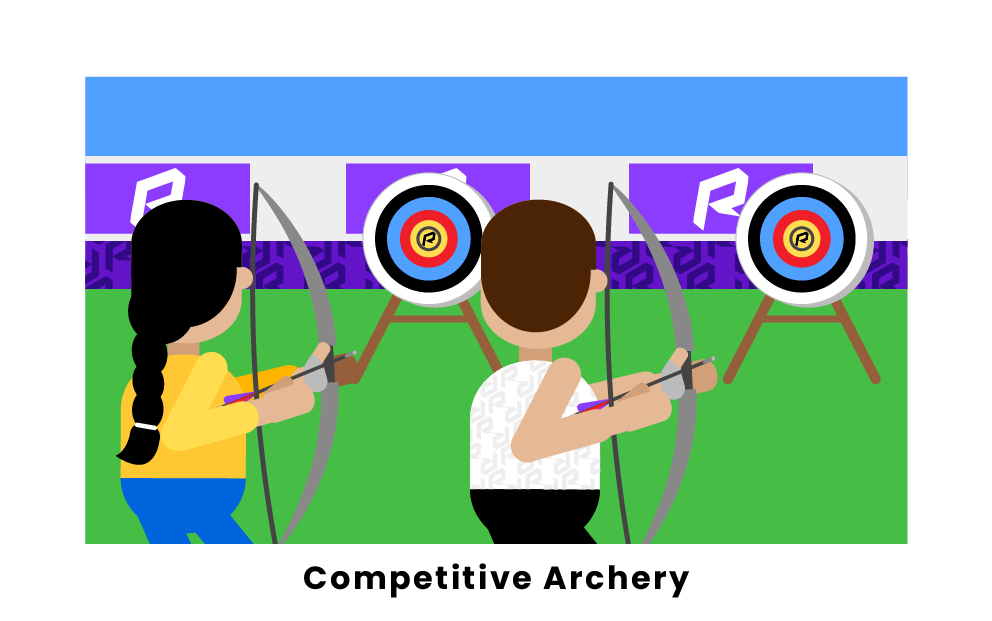 In an Olympic competition, archers stand 70 meters away from the target to shoot. Each participant shoots a total of 72 arrows throughout 12 different phases. Throughout the phases, a score is kept for each archer and they are ranked based on their total score at the end of phase 12. After this, archers compete one-on-one with the higher scoring competitor advancing and the other eliminated. This form of elimination continues until there is only one archer left that is named the champion.

While all tournament formats vary, the main goal is to score the most cumulative points or to be the final remaining archer in the tournament.

Are there time limits to shoot in archery?

Can an archer re-shoot an arrow?

Once an archer shoots an arrow, they are not given a second chance to shoot the same arrow. However, in certain situations, the arrow may not have been considered to be shot in the first place. This includes if the arrow falls off of the bow before it is shot or if the target is blown over by the wind. In this case, the archer may be given additional time to shoot their arrow.

What is a Robin Hood shot in archery?

In archery, a Robin Hood shot is when an arrow is shot directly through an existing arrow sticking in the target. When this happens, the arrow shot usually splits the arrow in the target. The shot is named after the fabled archer who was known for splitting arrows down the middle. This type of shot is a rarity in archery but if it does occur, the arrow will be scored as the same point value as the arrow it impacted.

Pages Related to What Are The Rules Of Archery?