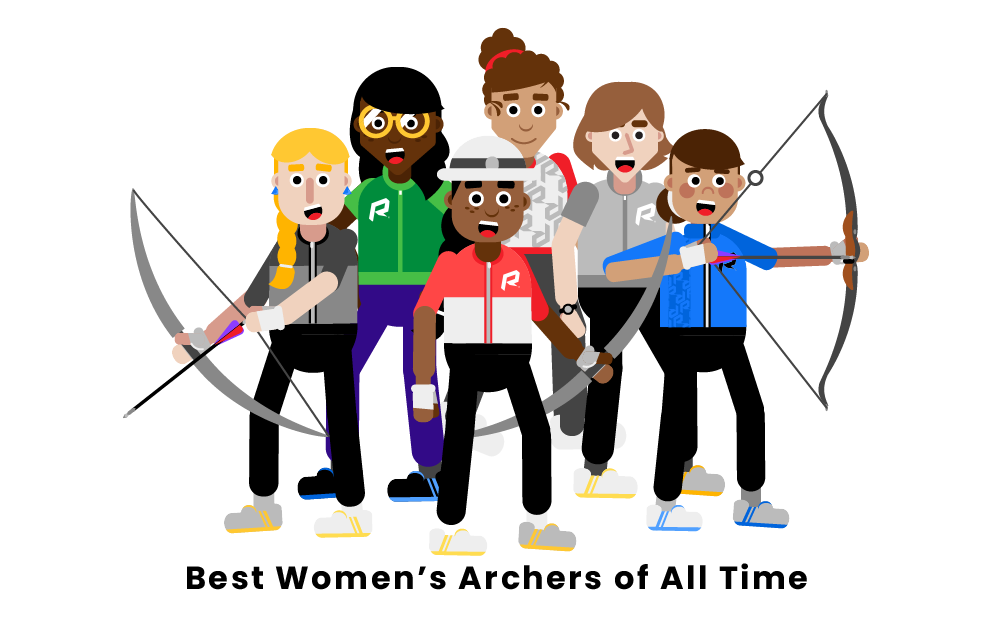 Archery is one of the oldest sports in the world and requires athletes to have precision and technical skill to succeed. Archery is also one of the first Olympic sports to include a women’s event, and the World Archery Federation was the first international federation to elect a female president.

Who are the best women’s archers of all time?

Sara Lopez is a Colombian archer that has continued to break records and earn world titles in multiple international competitions. Guinness World Records recently named Lopez the most successful female archer of all time. Lopez holds the world record for the most Archery World Cup compound event wins with a total of six victories. Lopez also holds three world records for the most point scores in archery compound women’s rounds. In 2021, the World Archery Americas Awards named her the woman archer of the year in honor of all her achievements in the sport. The Colombian Olympic Committee also named her the best non-Olympic athlete in Colombia.

Kim Soo-Nyung is frequently referred to as one of the best female archers in modern history. Over her career, she has earned four Olympic gold medals, one silver, and one bronze. She was only 17 years old when she competed in her first Olympics for the Republic of Korea, which was the 1988 Seoul Olympics. She earned one Olympic gold medal in individual events and three in team events. Then, she earned her silver and bronze medals in the individual events. In 2011, after her career, the International Archery Federation named her the best archer of the 20th century.

Park Sung-hyun is another extremely skilled Olympic archer. She started practicing archery at 11 years old, and at 18 years old, she won the 2001 World Archery Championships. Following her victory in the six World Championships she competed in, she would win at least one title in either the individual or team events. She won a grand total of eight World Archery Championship medals and medaled in many other international competitions throughout her career. She also set multiple world records during her career, and three are still standing. Her most notable world record is her 1405 points on the 1440 round - no other archer has scored over 1400 points.

Ki Bo Bae is a relatively new archer competing at the international level and has proven her success in many different tournaments. Ki Bo Nae made her international competition debut in 2010 and since then has competed and won medals in two Olympic Games for the Republic of Korea. From 2015 to 2017, she also held the world record for the women’s 72 arrow round with a total score of 686. In 2016, she also broke the world record for the 216 arrows, but her record has since been broken. Finally, out of the 91 matches she has competed in, she has won 86% of them.

Lee Eun Kyung is another Olympic gold medal archer. She won a gold medal in the team event for the Republic of Korea during the 1992 Olympic Games in Barcelona. At the 1992 Olympic Games, she also came in 14th place in the individual event. She also had an extensive career at the Asian Games, winning a total of six medals over the course of eight years. Of those six medals, her two gold medals and one bronze medal were awarded for the team events. Her remaining three medals - one gold and two silver - were awarded for individual events.

Natalia Valeeva is an archer with an extensive Olympic career. She has competed in a grand total of six Olympics. During the start of her career, she represented the Soviet Union, then her birth country Moldova, then eventually Italy after she married her husband. She has been extremely successful at the World Archery Championships. She won the individual titles in 1995 and 2007 and also won a team title in 1999. Additionally, she has excelled while competing in the World Archery Indoor Championships by earning a total of nine medals (6 gold, 2 silver, 1 bronze). Although she does not professionally compete anymore, she is currently a coach.

Janina Kurkowska-Spychajowa is one of the most well-known female archers of all time. Although her archery career spanned from 1931 to 1955, she still holds the title of the most decorated archer at the World Archery Federation Outdoor Archery World Championships.

Who is the best women’s archer of all time?

Sara Lopez is considered by many to be the best women’s archer of all time. Her impressive success at both the Archery World Cup and World Archery Championships has given her the opportunity to hold numerous world records, including the most successful female archer of all time. She has earned 40 titles at the Archery World Cup, and 27 of her titles are victories. Lopez also holds records for top scores in compound archery, and multiple organizations have named her as one of the best athletes of 2021.

What women’s archer has won the Olympic gold medals of all time?

Kim Soo-Nyung is the female archer who has won the most Olympic gold medals in the history of the sport. Over the course of her athletic career, Soo-Nyung has earned a grand total of six Olympic medals over the course of three Olympic Games. She has won four gold medals (3 team events, 1 individual), one silver medal (individual event), and one bronze medal (individual event). Soo-Nyung competed in the 1988, 1992, and 2000 Olympic Games.

What women’s archer has won the most World Archery Cups of all time?

Sara Lopez currently holds the Guinness World Record for the most Archery World Cup Finals victories. Over the course of her career, Lopez has won the World Cup Finals six separate times. Aside from being the archer who has won the most World Archery Cups, she also holds three other Guinness world records. She has the highest scores for compound individual events for the 50-meter qualification round, 50 meters, and 1440 round.

Pages Related to Top 6 Best Women's Archers of All Time