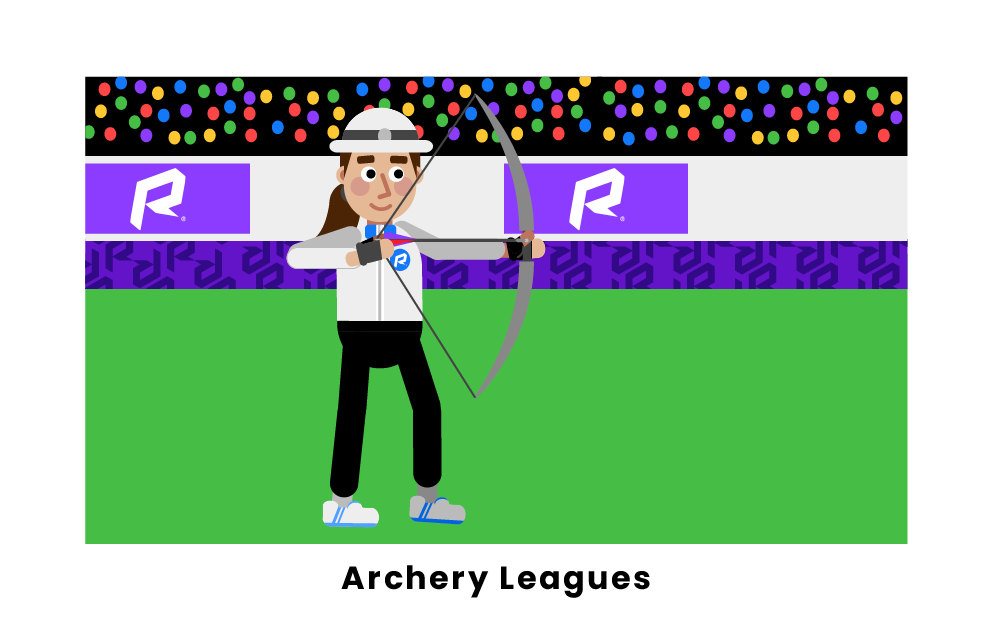 Professional archery is not really formed into leagues like other sports. At the elite level archery functions more like tennis with rankings based on points. However, at the local level there are archery leagues you can join to shoot for fun or to get competitive. These leagues are regional but also fall under national archery oversight.

League tournaments are normally held on a weekly basis and utilize a cumulative scoring system, meaning the team or player with the highest score at the end of the competition is declared the winner. Leagues are a great way to promote competition within the sport of archery, as they represent an organized schedule that enables participants to compete against opposition from all across the world. The winner of each archery league tends to be recognized with a ceremonial trophy presentation.

Nearly every league has a governing body to oversee scheduling and ensure fairness. These organizations are made up of several credible individuals with extensive knowledge of the sport, who are tasked not only with forming an official set of rules but doing their due diligence to ensure that the rules are being followed properly.

Each of these leagues tend to feature the highest ranked archers in the world, pitting the very best archers against one another in an effort to determine the world's top archer each year. Professionals from all over the globe enter these competitions, wanting to show off their skills to a wide audience and compete for rather large cash prizes.

How do you start an archery league?

The first step in starting an archery league is to appoint a governing body that will oversee all competitions and effectively enforce the rules. Members of the supervising organization should be well-versed in all aspects of archery, in addition to possessing good organizational skills so that there are no scheduling conflicts throughout the course of the season.

Once a governing organization has been assigned, teams and players must then be recruited for the league. The league must appear desirable to potential participants, otherwise no one will feel compelled to join. Prizes (i.e. cash rewards), sponsorships and television rights are just a few incentives that can be promoted to ensure there is demand for the league. It is also important to identify the competitive level at which the league will take place. Will it be a professional archery league that is closed to amateurs or will it be open to players of various skill levels? These are all vital questions to consider when forming an archery league.

After the league has been formed, the only major task that remains is creating a schedule and ensuring that all member teams/players face off against one another at least once. Total points and win-loss records for each tournament are compiled as the season unfolds, allowing a league winner to be crowned at the conclusion of all league events.

How long is an archery league season?

Season length is dependent entirely on the schedule. Leagues that feature multiple weekly tournaments tend to last for a long period of time, whereas archery leagues that are dependent on one or a handful of events take much less time for a season to be deemed complete.

How much does it cost to join an archery league?

The cost of joining an archery league again depends entirely on the league itself. Some leagues have membership fees that validate the team or player for the entire duration of the season. More often, however, their entry fees are assessed on a per tournament basis. The aforementioned Vegas Shoot, for example, costs $500 per team, to be paid prior to the tournament beginning.

Aside from league entry costs, there are equipment costs to be aware of for leagues that do not provide bows and arrows. A personalized set of bows and arrows costs between $100 and $200 (other optional gear such as arm guards can also be obtained at a small additional price). All archery-related purchases can be made at virtually any online archery retail outlet or in-person at an outdoor or sporting goods store.