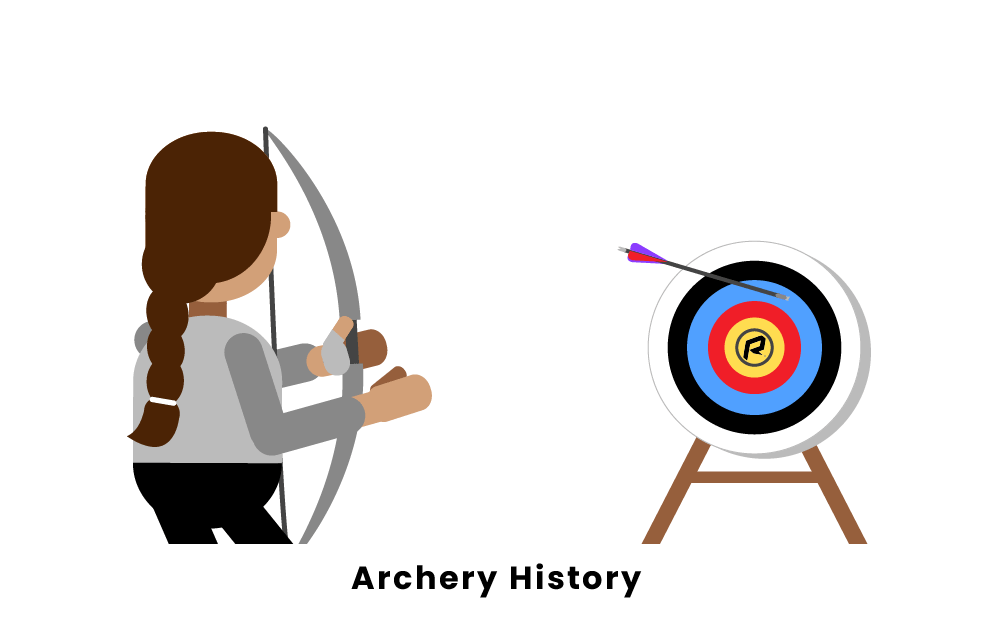 As one of the oldest sports of all time, Archery originated as an art form over 22,000 years ago in southern Africa, before countries even existed! Archery spread throughout the entire world (except for Australia) as a way to hunt prey and fight in battles. As firearms became more and more popular for those purposes, the bow began to be used for sport among the wealthy in Europe in the 1400s and 1500s. The target would situate itself a certain distance away, and men would shoot their arrows at the target in the same way we do today! It was not until 1583 that the British began to hold large tournaments and not until the 1800s that governing bodies became enacted. Still, the sport remained popular in high society during that entire period.

Since Archery became a sport so long ago, no one knows who exactly the first archer in history was. The first known and recorded users of the bow were Egyptians. The Chinese held archery tournaments for entertainment during the Zhou Dynasty (1027-256 BC), which would be the earliest known archery competitions for sport and recreation.

Once Archery became a common pastime of the wealthy English society in the early 15th Century, it started to become much more similar to what it is today, due to many royal family members. In 1787, the Prince of Wales (later King George IV) established a set of distances for targets to be placed when he would shoot his bow. Some of these distances are still used in competitions today, so we can at least attribute those to a singular person.

When was archery established?

As you've learned by now, Archery is indeed an ancient sport, so we don't know precisely when it became an officially regulated sport. It has been utilized and practiced for thousands of years and has developed and improved in that time. The archery governing body in the United States became founded in 1879, and Britain's in 1844, but international standards did not become set until 1931, through the creation of the Federation of International Target Archery. 1931 also marks the first year of the World Archery Championships, which still go on today!

When did archery become popular?

Archery has always been popular, but it began its peak of popularity as a sport in the late 1700s, with the royalty making the pastime a symbol of wealth and athleticism. As governing bodies and official tournaments began to pop up in Europe and the United States, the sport became much more accessible and moved beyond its status as a symbol of wealth. It became an Olympic sport in 1900, and despite 52-years without it, it remains in the Olympics today.