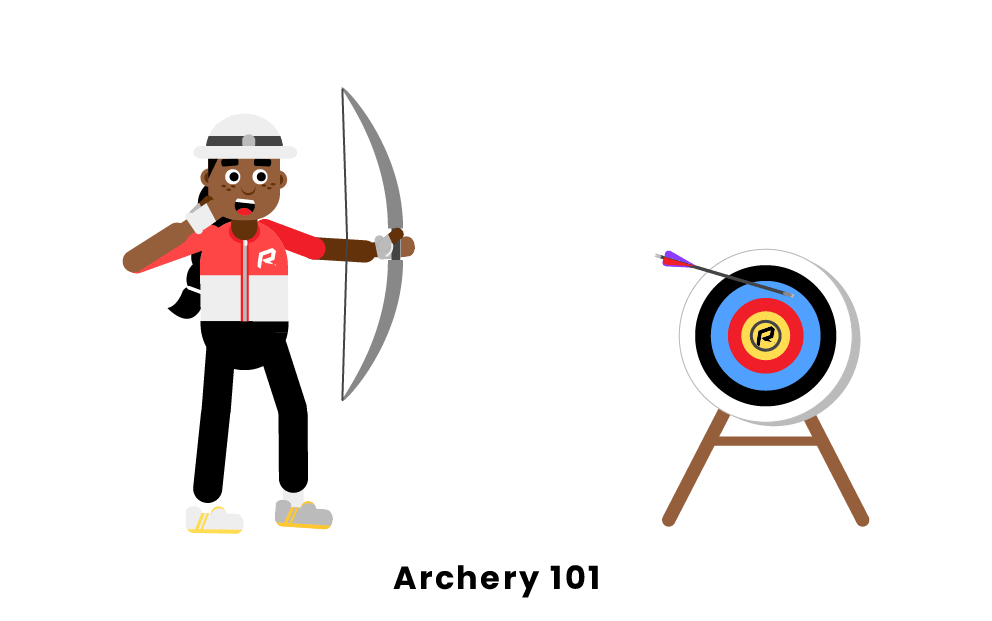 Historians are constantly debating just how long ago the use of a bow and arrow began, but the sport of archery began just under 350 years ago. Archery can be a recreational or competitive activity involving people known as 'archers' shooting a bow and arrow at a target from a specified distance away. The archer wants to hit the target as close to the center as possible, and targets are designed with circles drawn on them to help archers identify exactly where they should be aiming. They will be given a specific amount of arrows to shoot in a short amount of time, typically 3 or 6 arrows, which make up an 'end.'

Archery can take years of training to completely master and requires consistent readjustments to ensure that each archer is using the correct equipment for their body.

Just like any other sport, archery has rules that must be followed by competitors. When it comes to scoring, the highest amount of points you can get for one arrow is 10 (if it hits the center ring). If you miss the target, you get no points. One of the most basic rules is that competitors are not allowed to alter their equipment in any way that would provide a competitive edge for them against their competitors; their equipment must follow the rules set forth by the competition. Competitors are also given a specified amount of time to shoot their arrows within, typically two minutes for three arrows or four minutes for six. If an archer raises their bow before their time starts, they will be penalized and lose points for that round.

A fun rule in archery is that if you shoot an arrow and it slices another arrow in half when landing on the target, you get the same number of points as you did for the arrow you just sliced in half!

Here are some more rules in archery:

Archery does require a lot of equipment and gear for participation. A lot of those pieces of equipment are small, but they can play a major role in your level of success! The most basic pieces of equipment you should have are an archery bow, arrows, and an archery target. Without these three pieces of equipment, you won't be able to train or compete. If you're just starting out in archery, the best thing to do is rent equipment until you find the bow that has the perfect size and draw weight for you. Practicing with bows of different lengths and weights will allow you to find what is perfect for you, especially if you are still growing.

There are other, smaller pieces of equipment that you can use for archery. An arm guard will help protect your arm from your bowstring, archery sights can help you aim, and archery shooting gloves can give you more traction on your bowstring.

Since archery is an individual sport, there are not specified positions for players to be put into. However, an archer's body must be positioned in a very specific way for them to succeed. They must stand with their knees slightly bent, feet shoulder-width apart, torso straight, head straight and chin level with the ground. When shooting, they will lift their elbow and lower arm, keeping the shoulder in a natural position, and prepare to release the bowstring to propel the arrow forward. The archer is positioned a certain distance from the target (18, 25, or 70 meters away).

Some archers may find their small differences in their positioning from their competitors because it makes them feel more comfortable in the shooting. While you should strive for the perfect positioning, sometimes we have little quirks that work better for us that can be found during training sessions!